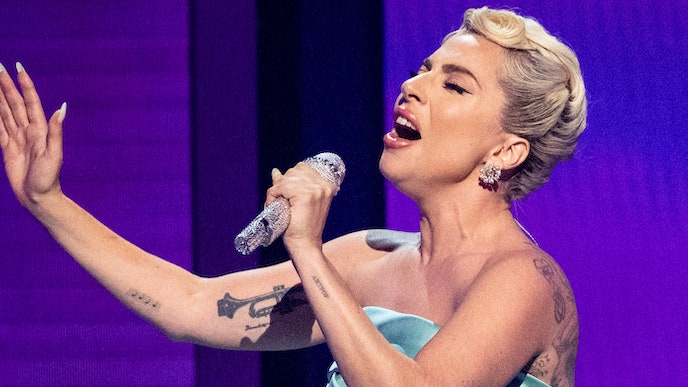 Lady Gaga spoke up about abortion rights during her Chromatica Ball tour stop in Washington, D.C. Monday night (August 8), dedicating “The Edge of Glory” to “every woman in America…who now has to worry about her body if she gets pregnant.” “I pray that this country will speak up, that will stick together, and that we will not stop until it’s right,” she said before beginning a solo piano rendition of the Born This Way track. See more via fan-captured video here.

Since the reversal of Roe v. Wade in June, numerous artists have joined the public outcry against the attack on bodily autonomy and reproductive freedom. Paramore and Rage Against the Machine both pledged a cut of tour proceeds to reproductive rights organizations. After speaking up about the upheaval at Glastonbury, Olivia Rodrigo, Phoebe Bridgers, Megan Thee Stallion, and several dozen others signed an ad in the New York Times protesting the decision.

Read “Resources to Protect Reproductive Rights After the Overturn of Roe v. Wade.”