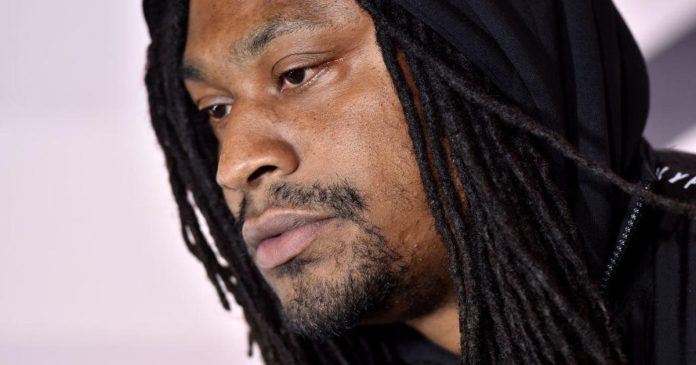 LVMPD said they pulled over a driver who was later identified as Lynch for “suspected driver impairment.”

“Through the course of the investigation, officers determined that Lynch was impaired and conducted an arrest,” LVMPD said. “Lynch was transported to the Las Vegas City Jail and booked for driving under the influence.”

Further details on any additional charges Lynch may be facing were not immediately released.

The arrest comes one day after the Seattle Seahawks announced that Lynch would be serving as a “special correspondent” for the team this season.

Lynch, 36, spent 12 seasons in the NFL. Initially drafted by the Buffalo Bills in 2007, he was traded to the Seahawks in 2010 and spent the next six seasons with the team, winning Super Bowl XLVIII in 2013-2014 season. After initially retiring at the end of the 2015 season, Lynch returned to the NFL in 2017, signing with the then-Oakland Raiders, where he played for two years before rejoining the Seahawks in 2019.

Lynch has not played since the end of the 2019 season.