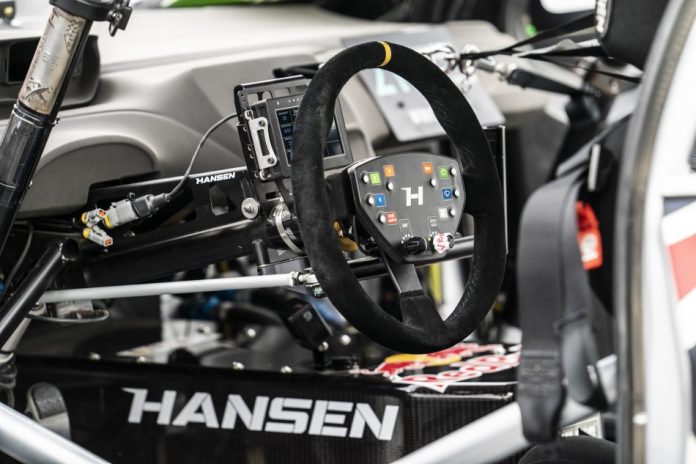 The eagerly-anticipated electric era of the FIA World Rallycross Championship begins this weekend with the Ramudden World RX of Norway in Hell from August 13-14.

The championship’s ultra-powerful electric cars – feature twin motors, pushing out 500kW (equivalent to 680bhp) and 880Nm of instant torque, and will propel them to 100km/h faster than a Formula 1 car.

The entry list in Hell is headlined by Volkswagen Dealerteam BAUHAUS’ Johan Kristoffersson, who is chasing a fifth Drivers’ crown behind the wheel of his Kristoffersson Motorsport-run Volkswagen RX1e.

Timmy Hansen tied with Kristoffersson on points last season at the end of a nail-biting duel, so the Hansen World RX Team driver will be more determined than ever as he targets a second title to add to his 2019 triumph. Younger brother Kevin Hansen, meanwhile, who recorded seven podium finishes from nine starts last year – and is more than ready to step out of the shadow and grab his own share of the spotlight.

Niclas Grönholm enjoyed his finest campaign to-date in 2021 – matching Kristoffersson for wins on his way to third in the overall standings – and the Finn will lead the Construction Equipment Dealer Team charge. His team-mate Klara Andersson is the first permanent female competitor in World RX history, and great things are expected of the highly-rated young Swede – who shone in the supporting FIA RX2e Championship last season – over the coming years.

There is also a rapid and experienced home hero in the field, as Ole Christian Veiby rejoins the fray for Volkswagen Dealerteam BAUHAUS just under seven years on from his last appearance in World RX – and having enhanced his CV significantly over the intervening period at the highest levels of rallying.

While GCK Motorsport’s Lancia Delta Evo-e will not be ready to race in Hell due to the extensive development work required to incorporate the new technology into the car, it will appear on-track in World RX later in the season.

The popular and undulating Lånkebanen circuit will celebrate its return to the calendar following a three-year absence with a full bill of rallycross entertainment, as the stars of RX2e, Euro RX1 and Euro RX3 – including Olympic skiing legend Aksel Lund Svindal and fans’ favourite Andreas Bakkerud – similarly prepare to head into battle.

“This weekend is the dawn of an exciting new era for the FIA World Rallycross Championship. The launch of the first-ever electric rallycross world championship underlines the FIA’s ongoing commitment to pushing the boundaries on innovation and sustainability. The event in Hell, Norway is the result of a lot of commitment and dedication by all stakeholders – teams, suppliers, the promoter and the FIA – often amid challenging conditions. It is fitting that Norway, a country with a proud history in Rallycross, and the leading nation in mobility electrification, will stage the premiere of this fully-electric world championship.”

“I feel a bit like a kid at Christmas, to be honest, waiting to see these ground-breaking electric World RX cars race for the first time. Ever since we took over as championship promoter, we have been very clear about our commitment to a more sustainable future and we have been working tirelessly towards this day. This is a totally fresh start for World RX, and one that will disrupt and transform the motorsport landscape by demonstrating the outstanding potential of this pioneering new technology. Seeing the cars hit the track in Hell is going to be a very proud moment for everybody involved – and the start of what will be an amazing adventure for this great sport.”