Home Culture ‘God, I love the English’: Swift details nights out in London in... 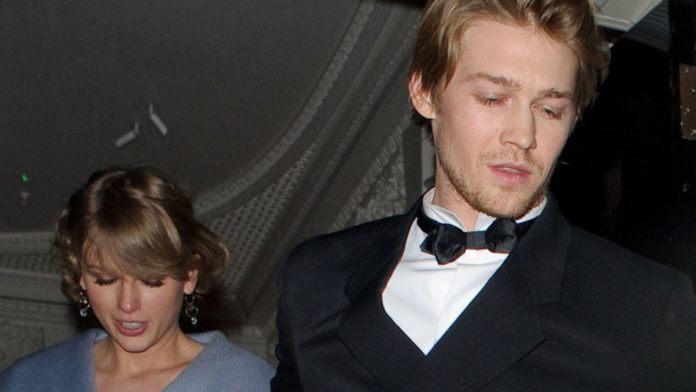 Can you Adam and Eve it? Taylor Swift might have spent her formative years in Nashville, Tennessee, but nowadays she is apparently all about walks in Camden Market and nights out in Brixton.

In London Boy, a track from her newly released seventh album, Lover, the star seems to provide an insight into her relationship with British actor boyfriend Joe Alwyn, via a love letter to her new favourite capital city.

While the singer might “love Springsteen, faded blue jeans and Tennessee whiskey” she says that home is no longer where the heart lives now she has a London boy.

“Darling, I fancy you,” Swift sings, as she details meeting her boyfriend’s best mates in Highgate, watching rugby in the pub, grey skies and rainy cab rides, and loving “high tea, stories from uni, and the West End”.

Brixton, Shoreditch, Hackney, Soho and Camden all get a mention too, and “it doesn’t have to be Louis V up on Bond Street”, either.

Sadly, she stops short of a bit of Cockney rhyming slang, but just to be crystal, she does declare: “God, I love the English.”

The singer, a 10-time Grammy winner, is believed to have been in a relationship with Alwyn, who starred in The Favourite alongside Oscar-winner Olivia Colman, since 2016.

Lover is one of the biggest music releases of the year and arrived after a high-profile publicity campaign.

First single ME!, released in April, was a return to upbeat pop following the darker Reputation in 2017, with the colourful video seeming to reference how she is putting her rift with Kanye West and Kim Kardashian in the past.

Describing the new album, Swift said it was a “celebration of love, in all its complexity, coziness and chaos”.

In a tweet marking the release, she also referenced the controversy over the sale of her back catalogue, saying Lover is “the first album of mine that I’ve ever owned”.

It is her first release since signing with Universal Music Group in November last year, in a deal ensuring she maintained the rights to her work.

In June, she shared an emotional post on Tumblr, saying she was “sad” and “grossed out” after it emerged talent manager Scooter Braun had purchased her back catalogue.

Earlier this month, she said she now plans to re-record her old songs.