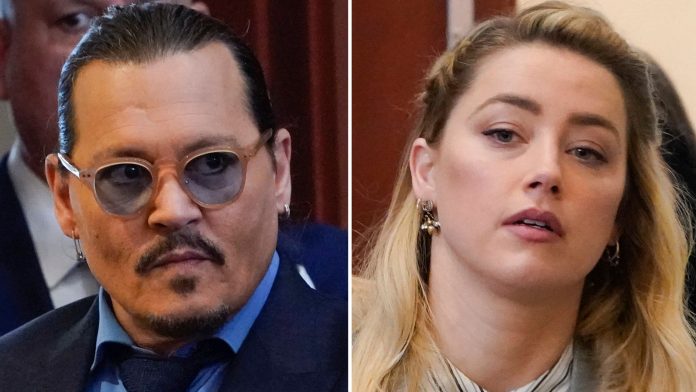 New images of Hollywood star Johnny Depp show him starring in his first film since the conclusion of his multimillion-dollar defamation case against ex-wife Amber Heard.

Photos depict Depp in regal attire, with a white plumed hat, curled white hair and a black blindfold on, for the upcoming film Jeanne Du Barry, which is produced by French company Why Not Productions.

The actor, 59, won the now infamous legal battle against Heard in the US in June.

Depp sued his former wife over a 2018 article she wrote for The Washington Post about her experiences as a survivor of domestic abuse, which his lawyers said falsely accused him of being an abuser.

Representatives for the actor said he had lost work opportunities and high-profile roles, such as being dropped from the Pirates Of The Caribbean franchise, after the accusations.

Jurors found in his favour after a six-week trial.

Jeanne Du Barry is directed by French filmmaker Maiwenn and filming is said to have started at the end of July after the conclusion of the trial.

It is Depp’s first major acting role since the 2020 independent film Minamata in which he played war photographer W. Eugene Smith.

He was forced by Warner Bros to leave the Harry Potter spinoff series Fantastic Beasts in 2020 after he lost his libel case against The Sun newspaper, which had described him as a “wife beater”.

Jeanne Du Barry follows Jeanne, a young working-class woman who uses her intelligence and allure to climb the social hierarchy, eventually landing on the radar of King Louis XV.