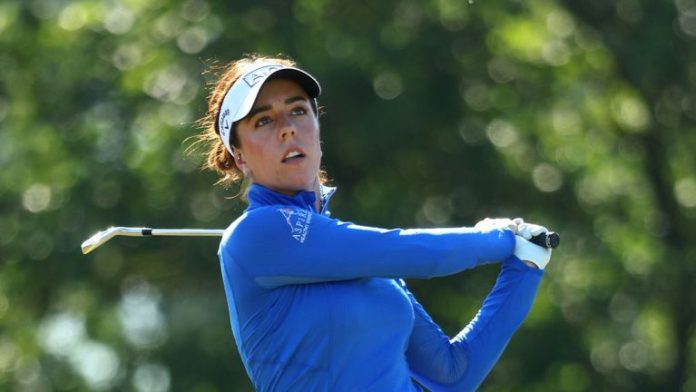 Scotland’s Ewen Ferguson carded his second 61 in the space of a fortnight to open up a four-shot lead after the opening day of the ISPS Handa World Invitational.

Ferguson chipped in for eagle on the 10th and 18th and also recorded five birdies in a flawless nine-under-par round at Galgorm Castle, one of two courses used for the event which sees men’s and women’s tournaments taking place simultaneously.

The 26-year-old, who also shot 61 in the second round of the Hero Open at Fairmont St Andrews, said: “I feel good.

“Actually I was messaging Jamie (Gough, his coach) yesterday about a few things I wasn’t doing too well yesterday in the pro-am. I played with Niall (Horan) and Robbie and I kept hitting a lot of bunkers.

“Today was just nice to avoid them all, which was good and obviously a 61, a course record is pretty nice.”

England’s Richard Bland, Sweden’s Felix Palson and Spain’s Borja Virto are Ferguson’s nearest challengers on five under par, with South Africa’s Thomas Aiken part of a large group on four under in his first competitive appearance this year.

“First of all, it’s great to be back,” Aiken said. “It’s been a weird three years for me with a few family issues in the beginning and then Covid, now the green card application and couldn’t leave the country.

“Not a lot of tournament golf but that definitely created a bit of a hunger. I kept practising through it all and was ready to go when I got the nod, which happened to be four days ago.”

Players will complete 18 holes at Galgorm Castle and 18 at Massereene Golf Club before a halfway cut – to the top 60 and ties – is made in each tournament, with a further cut after 54 holes to the top 35 players and ties.

The £2.5m purse will be split evenly in an event which was elevated to DP World Tour status following a successful inaugural edition on the Challenge Tour in 2019, when home favourite Stephanie Meadow won the women’s tournament and Jack Senior claimed the men’s title.

In the women’s event, American Amanda Doherty leads on six under par, a shot ahead of a four-strong group which includes Ireland’s Leona Maguire and England’s Georgia Hall.

“It’s never ideal when you hit your first tee shot out of bounds, but I held in well,” Maguire said. “I didn’t hit the ball particularly well today well off the tee.

“Few dropped shots but putted really nice to keep myself in there. Always nice to finish with three birdies in the end. This course doesn’t suit my eye very well, so it will be nice to have a change of scenery.”