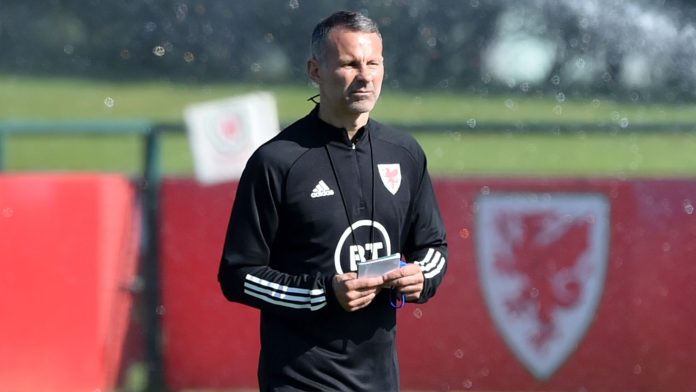 Ryan Giggs’ ex-girlfriend denied she staged a newspaper photograph in the days that followed his alleged headbutting to “turn the public against him”.

PR executive Kate Greville, 36, told Manchester Crown Court she arranged for the picture to be taken of her walking her dog along a country lane because she wanted members of the media to leave her doorstep.

She alleges the former Manchester United footballer grabbed her by the shoulders, looked her in the eye and headbutted her face following a row at their home in Worsley, Greater Manchester, on November 1 2020.

Jurors at the trial of Giggs, 48, heard that an article appeared in The Sun newspaper on November 16 with the photograph and a story which read: “Living hell. Ryan Giggs’s ex spotted with a bruised lip in first outing since Wales manager’s assault arrest”.

A week earlier on November 10 a friend messaged her: “I’m selling the next pic of you and getting some paper out of this (laughing emojis)”.

Ms Greville replied: “We can set up a pic and get money for both of us. What do you think?”

The friend said: “I think yes.”

Ms Greville wrote back: “We could get 5K.”

The friend said: “And kit our new apartment out.”

The complainant went on to send her friend a link to The Sun article.

She tells her she looks “awful but me looking rough makes it look less staged”.

Under cross-examination, Chris Daw QC, representing Giggs, asked: “But it was staged, wasn’t it?”

Ms Greville replied: “Yes, I did set it up.”

Mr Daw said: “You were setting up for public consumption a completely staged photograph where you were deliberately trying to make it look like something had happened to you?”

Ms Greville said: “No, I am not talking about an injury there.”

Mr Daw said: “You were trying effectively to tell the whole world a completely false story.”

Ms Greville replied: “I was trying to stop the paps turning up on my doorstep every day. To take back control.

“Obviously I had an injury and I wanted to show them the reality but it was about stopping the photographers and press turning up at my family’s door twice/three times a day to get pics of me.”

Mr Daw said: “You were trying to get the public to turn on Mr Giggs.”

Ms Greville replied: “I wanted control of that first photograph and then it would end because they kept harassing me.”

Asked if she enhanced her appearance with make-up for the purpose of the photograph, Ms Greville replied: “No.”

Mr Daw said: “You just had a tiny, minor contact with Mr Giggs on the night (November 1). I suggest you have enhanced that with make-up to make it much worse than it was.”

Ms Greville replied: “Not at all.”

Peter Wright QC, prosecuting, asked Ms Greville: “Did you have any involvement in the written content of The Sun article?”

Mr Wright said: “Were you ever interviewed by anyone by the press?”

Mr Wright went on: “Have you ever sought to be interviewed by anyone from the press?

Mr Wright asked her: “Were you left alone?”

Ms Greville said: “Not really, no.”

Mr Wright said: “Did you sell a story to the press?”

Mr Wright asked: “Did you sell the photograph that was taken of you?”

Mr Wright asked: “Did you ever ask for payment?”

“No,” the witness replied.

Mr Wright said: “We have seen the messages with your friend Courtney… discussing about what you might do. Did you ever do it?”

She told the court that she voluntarily told the police about the article.

Mr Wright asked: “What was your purpose in having that photograph staged?”

Ms Greville replied: “It was to stop the press turning up at my doorstep. I was scared to go out. I felt trapped and my mum and dad were getting harassed.”

Giggs denies using controlling and coercive behaviour against Ms Greville between August 2017 and November 2020, assaulting her, causing actual bodily harm, and the common assault of her younger sister.