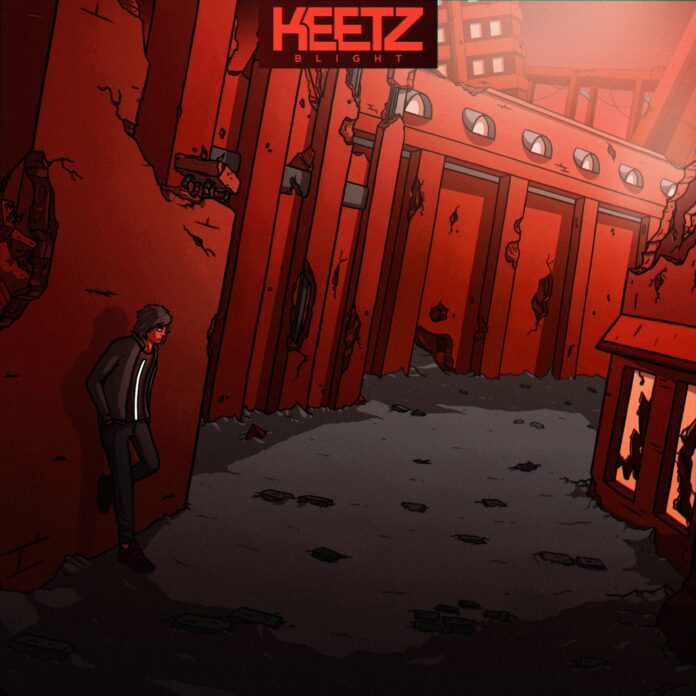 KEETZ follows up his Terminal EP strong with the project’s grittiest cut to date, “Blight.”

This particular production has remained one of KEETZ’s best kept secrets until now. A hidden gem lurking in the shadows just waiting to be unleashed — and that day has finally come.

“Blight” thrives in a grungy, electro house realm. The first drop is simple yet effective, featuring a clean, pumping kick matched with persistent synth work, a killer bassline, and various intricacies to fill out the mix. Suddenly, a new lead introduces itself and bleeds seamlessly into the production, ultimately arriving full force for a thrilling finish. The contrast from one drop to the next makes for a compelling listen.

KEETZ shares some background on the release:

This song is easily one of my favorite tracks I have finished so far. I’ve always been really proud of it! I wrote this a couple summers ago when I was listening to Porter Robinson’s Ultra set from like 2011. That mainstage electro feel is something I have a lot of nostalgia for and I can vividly remember listening to that mix back in highschool and being so inspired by it. At the time I couldn’t wait until my production was at that level so I could make tracks inspired by those sounds. The track itself actually came together pretty quickly, however I went back and revised the breakdown numerous times to try and really make something memorable and unique. Every producer I know has a couple songs of theirs that once completed made them feel like they hit a ‘production milestone.’ That was ‘Blight’ for me.

Check out the latest from KEETZ right here and link up with the rising producer below!

Post Malone cancels Boston concert after returning to the hospital

Don’t look up: Close encounters of the disaster movie kind

The enduring popularity of “Tuesdays with Morrie”