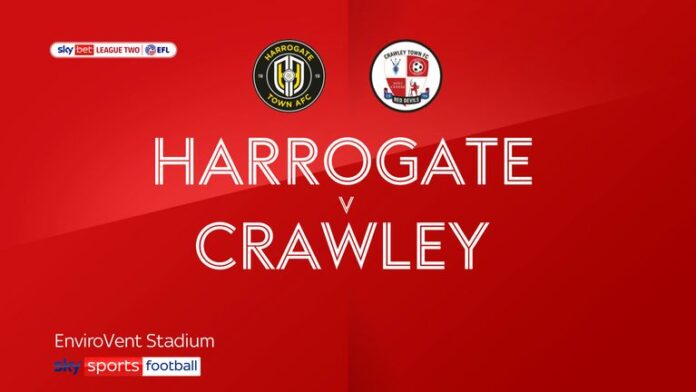 Crawley have failed to score during their opening three league contests for the first time as an EFL outfit following a goalless draw at Harrogate.

But the Red Devils did pick up their first point of the campaign and created the better opportunities against a subdued Sulphurites side.

In a cagey first half, chances were at a premium, but home keeper Pete Jameson did well to race out of his goal and thwart Kwesi Appiah.

After the break, Jameson made an excellent flying save to deny on-loan Arsenal defender Mazeed Ogungbo, while James Tilley’s looping header clipped the top of the hosts’ crossbar.

Substitute James Balagizi also blazed over with the goal at his mercy, but Jack Muldoon might have snatched an ill-deserved victory for Harrogate at the death when he broke clear only to drag his shot across the face of goal.

Their blank scoresheet meant Crawley have now failed to net in six of their last seven league fixtures, including last term’s run-in.