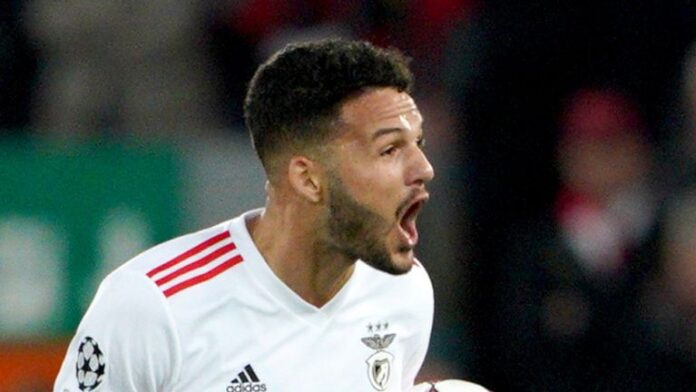 Wrapping up the Newcastle transfer news, rumours and gossip in the 2022 summer window.

Portuguese football expert Pedro Sepulveda suggests that a bid from Newcastle for Benfica’s 21-year-old striker Gonçalo Ramos is imminent but that the Lisbon club won’t accept anything less that €30m.

“Newcastle are going to make an official offer above €30m in the next days for Benfica’s Goncalo Ramos.

“The information I have is that Benfica coach Roger Schmidt prefers another striker for the starting XI and if Benfica receive a good offer where they can reinvest that money in another striker, we can have a deal here. Benfica will never sell him under €30m. This deal will have some add-ons.

“He’s 21, very talented and a striker who can make good connections with wingers. I believe he is a striker that fits the Premier League.”

Why have Newcastle treated the summer window with caution?

Newcastle have only added two new recruits to their squad this summer: Nick Pope was signed from Burnley for £10m and Sven Botman has made a move from Lille. Newcastle have also activated a permanent option on Matt Targett’s contract following a successful loan spell. 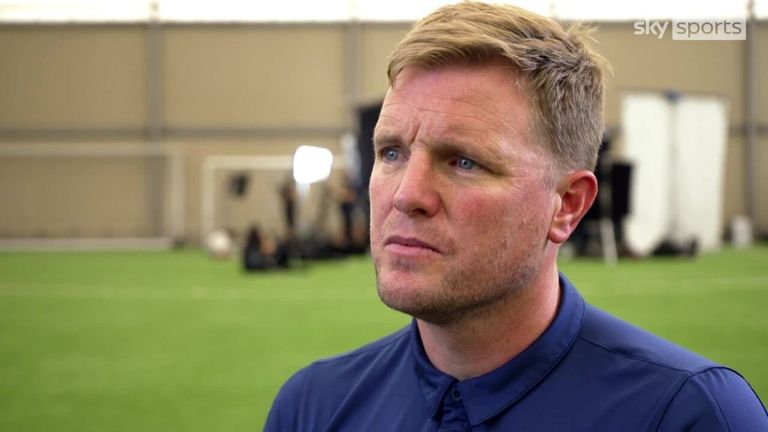 Newcastle manager Eddie Howe says the club will never stop looking to bring in new players until the window shuts as he reveals his expectations for the new season.

Leicester have rejected a second offer from Newcastle for midfielder James Maddison.

The bid is understood to be worth more than £40m, although Leicester are thought to value Maddison at £60m.

Newcastle are deciding whether to return with an improved offer or focus on other targets.

Thomas Tuchel has played down talk that Armando Broja is set to leave Chelsea on loan this summer, despite interest from Newcastle and West Ham.

Broja excelled during a loan spell last season at Southampton but the indications are he will form part of Tuchel’s plans this term.

“I don’t expect him to leave,” Tuchel continued. “I’m aware of the offers and aware of the interest. We will make a decision together, the owner and me and the player.

“When he arrived it was clear he is trying to impress and become a Chelsea player.”

Youri Tielemans will sit down to discuss his Leicester City future with manager Brendan Rodgers this week.

He currently has one year left on his existing contract and has consistently refused offers of a new deal.

Arsenal have been long-time admirers of the midfielder but the £34m signing of Fabio Vieira, who plays in a similar role to Tielemans, means they are unlikely to pursue a deal with Leicester right now.

Manchester United and Newcastle are also reportedly interested in Tielemans, though they have yet to make any concrete offers.

Newcastle have made initial contact with Everton about Anthony Gordon, but they do not want to sell.

Eddie Howe’s team are looking to add a wide midfielder to their squad this summer and have identified Gordon as a target.

Sky Sports News has been told Newcastle did not make a bid, rather it was more of a tentative enquiry as they weigh up their options.

Everton, though, are determined to keep the 21-year-old, making it very unlikely a deal for Gordon could progress.

Newcastle are interested in signing Chelsea’s Armando Broja this summer and have discussed him as a potential loan option.

Chelsea intend to assess Broja in pre-season before making a decision on his future.

There is strong interest from West Ham and Southampton, who had him on loan last season, while Everton are another club to have approached the Blues over the Albanian’s availability.

Newcastle have completed the signing of Lille centre-back Sven Botman on a five-year deal.

The total fee for the defender is in the region of £35m.

The Dutchman has been Eddie Howe’s No 1 defensive transfer target this summer. The club did earmark the defender as a January transfer target, but negotiations with Lille had proved complicated.

They have beaten off competition from AC Milan for his signature. 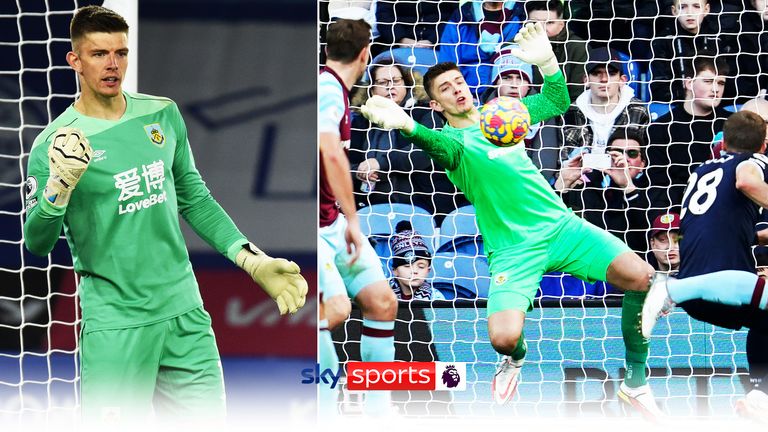 Nick Pope has completed his £10m move to Newcastle from Burnley with the England goalkeeper signing a four-year contract.

The 30-year-old was keen to stay in the Premier League after Burnley’s relegation to the Championship to ensure he remains in Gareth Southgate’s England plans ahead of the World Cup in Qatar this winter.

Pope, who had one year left on his contract at Burnley, will challenge Martin Dubravka for the No 1 jersey at St James’ Park.

Matt Targett has completed his permanent move to Newcastle after the club activated their option to sign him following his successful loan spell.

The 26-year-old impressed head coach Eddie Howe and the club’s new owners, playing every minute of the 16 Premier League matches he appeared in after joining on January 31, helping to steer the club away from the relegation picture and finish 11th, keeping five clean sheets along the way.

Newcastle had a deal in place to make the move permanent for £15m, which includes a £3m loan fee for last season, and have activated the option.

Who have Newcastle been linked with?

Newcastle have asked Chelsea and other top six teams to keep them abreast of players they intend to let go as they scramble to add to Eddie Howe’s squad (Daily Mirror, August 11).

Conor Gallagher – Newcastle have made Chelsea midfielder Conor Gallagher their prime target in the final weeks of the transfer window (The Sun on Sunday, August 14).

Lucas Paqueta – Newcastle could renew their interest in Lyon midfielder Lucas Paqueta after reports emerged that his price tag had been reduced by an incredible £18m (Daily Express, August 11); Lyon president Jean-Michel Aulas has confirmed bids have come in for Paqueta. with the Brazil international targeted by Premier League clubs including Arsenal and Newcastle United (Daily Express, July 11).

Goncalo Ramos – Newcastle are set to submit an opening offer to Benfica for striker Goncalo Ramos, who is also being targeted by Paris Saint-Germain (Daily Express, August 10).

Bamba Dieng – Celtic are reported to have joined Leeds United and Newcastle United in the battle to sign Marseille forward Bamba Dieng, but it appears he would cost a Scottish transfer record £15m (Daily Express, August 10).

Will Osula – Liverpool and Newcastle have reportedly been scouting Sheffield United starlet Osula but it is Premier League rivals Chelsea who might be the biggest beneficiaries of the 18-year-old’s next move (Daily Express, July 29).

Giovani – Newcastle have reportedly joined the battle for wonderkid Giovani – but would have to shell out £50m to land him (The Sun, July 29).

Timo Werner – Chelsea will consider letting Timo Werner leave in this window, but want to bring in another striker first, with Newcastle among the clubs on the Germany forward’s trail (Daily Mail, July 27).

Julian Draxler – Newcastle United are set to open talks with Paris Saint-Germain over Germany midfielder Julian Draxler, who could be available for in excess of £17m. (The Sun, July 26).

Memphis Depay – Newcastle have been linked with a shock swoop for the Barcelona outcast (The Sun, July 23).

Andrea Belotti – The Italy international striker has been offered to several Premier League clubs including Newcastle, as he looks to secure a move to England (The Sun, July 23).

Marco Asensio – Marco Asensio has reportedly sacked his agent – and that could put Arsenal and Newcastle on red alert (The Sun, July 20); Newcastle are set to make a major plunge into the summer transfer market and enter the race to sign the Real Madrid star (Daily Mail, July 9).

Emmanuel Dennis and Maxwel Cornet – Newcastle have been ‘offered’ Dennis and Cornet as Eddie Howe mulls over his transfer options (Daily Express, July 11).

Anthony Gordon – Everton are set to offer Gordon a lucrative new contract to stop any interest from Premier League rivals Newcastle in their top young talent (The Times, July 7)

Moussa Diaby – Newcastle’s interest in the Bayern Leverkusen winger is being frustrated by the German club’s insistence they will not consider bids of less than £60m for the France international (Daily Telegraph, July 6).

The latest players linked with a Newcastle exit

Allan Saint-Maximin – Eddie Howe has been given to green light to sell the French forward, with the Magpies willing to accept suitable offers around the £40million mark (Football Insider, August 13).

Who will be on the move this summer when the transfer window opens on June 10 and closes at 11pm on September 1?

Keep up-to-date with all the latest transfer news and rumours in our dedicated Transfer Centre blog on Sky Sports’ digital platforms. You can also catch up with the ins, outs and analysis on Sky Sports News