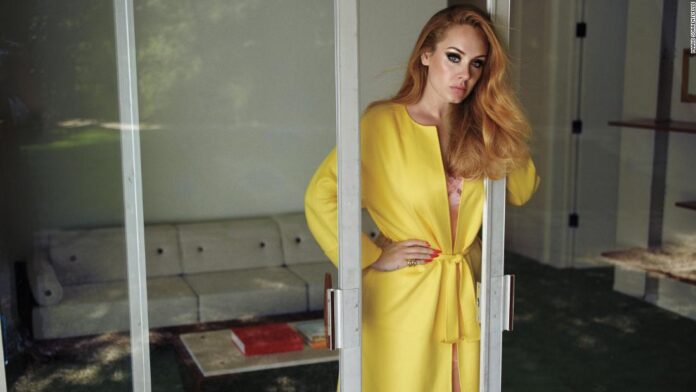 In a new cover article with Elle magazine, the British singer played it close to the vest when it comes to her status with her American sports agent boyfriend.
“Well, I’m not married,” is how she chose to answer the question on whether Paul had put a ring on it. “I’m not married.”
But what she is willing to share is how she feels about Paul.
“I’ve never been in love like this,” Adele told the publication. “I’m obsessed with him.”
She covers several topics in the interview, including postponing her Vegas residency at the Colosseum at Caesars Palace in January, which she says “was the worst moment in my career, by far.”
She declined to move forward, she said, because the planned concerts didn’t feel authentic to her.
“There was just no soul in it. The stage setup wasn’t right. It was very disconnected from me and my band, and it lacked intimacy,” Adele said. “And maybe I tried too hard to give it those things in such a controlled environment.”
Many ticket holders were disappointed and Adele says she felt “embarrassed” by it all.
She has since rescheduled the residency.
“I want to tell the story of the beginning of my career to now. I’m not gonna give too much about it, but the show grows,” she said. It’s all about the music, and it’s really, really nostalgic.”