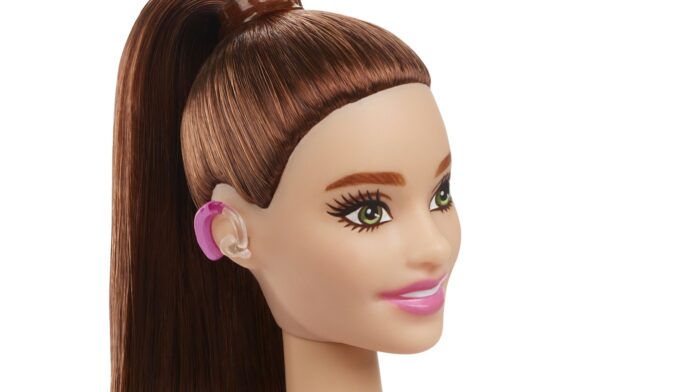 The Strictly Come Dancing 2021 winner features in the new Rose, Barbie and Friends campaign, which includes a number of other diverse dolls.

She is photographed alongside a cast of models who reflect the latest collection, which includes the first Ken doll with vitiligo, one with a prosthetic limb and another with a wheelchair.

Ms Ayling-Ellis, who has been deaf since birth, explained how she would draw hearing aids on her Barbies when she was a child to make them look like her.

“It’s so important for children to be able to see themselves represented in the toys they play with,” she said.

“So I am thrilled that Mattel is releasing more dolls that encourage kids to celebrate and embrace their differences.”

Before creating the toy, Mattel consulted with experts about how to accurately portray the hearing aids.

Rosie Eggleston, participation manager at the National Deaf Children’s Society, said the charity is “delighted” the doll has come out, describing it is a “really positive step towards inclusion”.

“She will give all children a much greater appreciation of the diversity of people around them and provide a window into the world of deafness,” she said.

“This could really help them to be proud of their deafness, celebrate wearing hearing aids and have new opportunities to talk to their friends about what it’s really like to be deaf.”

Last month, Barbie unveiled a Dr Jane Goodall doll in honour of the conservationist, and in April, it released one depicting the Queen.

People will be able to purchase the Barbie Fashionistas line in the UK from Thursday.