Home Sport South Africa Test resurgence: What do we know 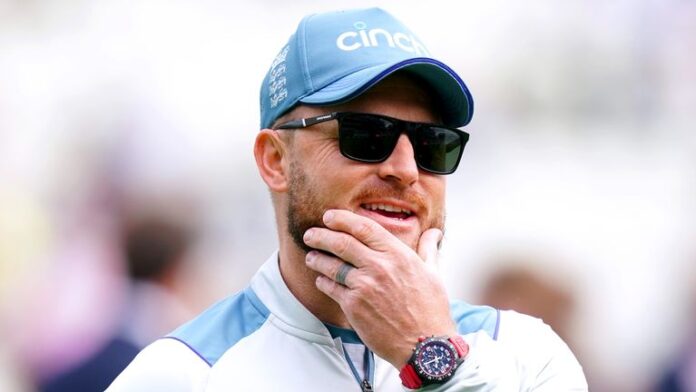 A new-look South Africa side take some strong form into the three-Test series against England, starting at Lord’s on Wednesday – watch live on Sky Sports Cricket, with coverage starting from 10am and the first ball at 11am

England return to Test action on Wednesday, with Ben Stokes’ side eager to replicate the exhilarating, attacking brand of cricket that brought them four-straight wins to start the summer. But what can we expect of their opponents?

South Africa are a much-changed side from the one that last toured England five years ago, and the one beaten on home soil in 2019-20. Gone are former captain Faf du Plessis, star batter Quinton de Kock – both lost to retirement from the longer format, the latter aged only 29.

Other recognisable names, such as Hashim Amla, JP Duminy, Morne Morkel and Vernon Philander have also retired over the last five years, leaving this South African side very much in a state of flux – which England capitalised on when beating them 3-1 in both of those most recent meetings.

However, from having looked lost in that home defeat to England two and a half years ago, South Africa have won four out of their six series since and represent a significant challenge to their hosts in the upcoming three-match series. Here’s how…

There are concerns over the fitness of Kagiso Rabada coming into the series, with an ankle injury keeping him out of the ODI leg of the tour. But, on Monday, head coach Mark Boucher said he expected the fast bowler to be available for selection.

Good news: Rabada has persistently proved a problem to England batters over the years, taking 52 wickets in his nine Tests at an average of 25.80 – including his career-best figures of 7-112 in an innings and 13-144 in the same match at Centurion in 2016.

Should Rabada not be ready to go at Lord’s, then Lungi Ngidi and Anrich Nortje – both intimidatingly quick, themselves – are more than able deputies, or provide superb depth should he play.

Also look out for 6 ft 7 left-arm fast option Marco Jansen – just 22 years old – who has taken his wickets at 20s so far in his five Test caps so far, hugely impressive in his debut series against India and away to New Zealand.

Confidence that comes with winning

It is precisely those two series, against India and New Zealand – the two teams who contested last year’s World Test Championship final (and who, admittedly, England swept aside this summer) – that has stood out from South Africa’s recent run of results.

Since that series defeat to England at home, South Africa comfortably swept a struggling Sri Lanka team in a two-match series, before that same fate befell them on tour in Pakistan.

But, since then, they won in the West Indies – no easy feat (just ask Joe Root) – edged out India 2-1 at home and then tied their tour of New Zealand 1-1 earlier this year.

South Africa lost heavily in the first Tests of both series, but bounced back with two testing run-chases of over 200 against India, while Rabada and Jansen combined for 15 wickets to level things up against the Black Caps.

Bangladesh were then taken care of 2-0 at home in their most recent test leading into this series.

South Africa’s batting is still, at times, a bit of a work-in-progress, capable of the odd hiccup – as their 95 and 111 all out in their series-opening defeat in New Zealand is a testament to.

However, led by their nuggety skipper, Dean Elgar, they have a steely determination about them that ensures they often amount to more than the sum of their parts upon first inspection.

Sarel Erwee will likely partner Elgar at the top of the order, having notched his maiden Test ton in the second Test win in New Zealand, while Keegan Petersen – who anchored the second of the India chases – his 82 following a first-innings 72 – slots in at number three.

Aiden Markram is the most talented of the bunch, the easiest on the eye, but it is time now for him to consistently deliver on his undoubted potential. He scored two of his five Test tons in his first four innings, but averages just a modest 35.23 from his 31 Tests.

Rassie van der Dussen, meanwhile, who has enjoyed a stunning stretch in one-day international cricket – averaging near 70 from his 38 caps – is still searching for a maiden Test hundred. Lord’s would be the perfect place to rectify that.

To supplement their intimidating pace attack, South Africa have the spin options of Keshav Maharaj – who, in the absence of Temba Bavuma, so successfully deputised as captain for the white-ball leg of the tour – and Simon Harmer.

Maharaj would appear to be in possession of the shirt, the 32-year-old left-arm spinner having played 42 Tests for his country, taking 150 wickets at an impressive average of 30.67 – while he took two 7-fors in each of his last two Tests against Bangladesh.

Playing alongside him in those games was Harmer, returning to the international fold for the first time in seven years – the off-spinner having had much success in county cricket with Essex in the intervening years, even flirting with a switch of allegiances to England in that period.

It is very unlikely that both will play in England, particularly at Lord’s, so who will South Africa go with? Though Harmer is now back in the side, his numbers in England make for a compelling case for selection.