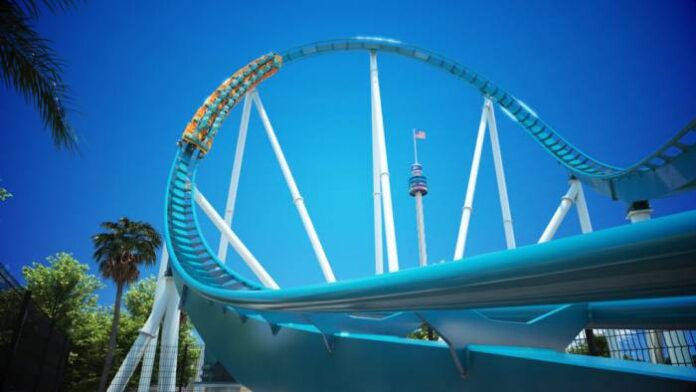 2023 attraction marks the 7th coaster at the park, which boasts more coasters in a single park than any other in Orlando

SeaWorld Orlando has announced that a new coaster, the park’s seventh, is

launching in 2023 and teased the ride’s theme with the hashtag #HighSurfAdvisory.

Guests are invited to get ready to feel the power of the pacific in Florida, letting the waves propel them into a one-of-a-kind ocean adventure. SeaWorld will announce ride details over the coming months in anticipation of the ride’s opening next year.