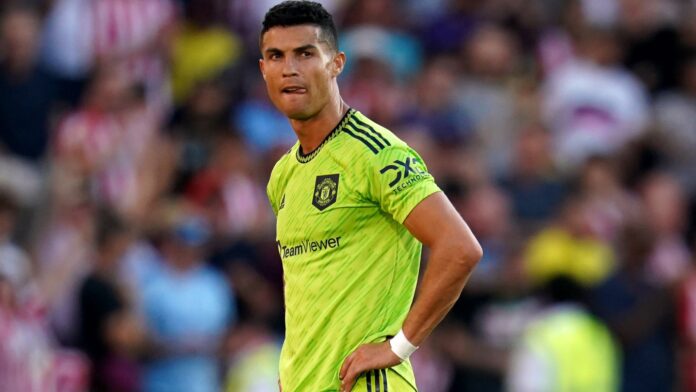 Gary Neville believes Manchester United could finish in the bottom half of the Premier League this season if Cristiano Ronaldo leaves the club.

United have suffered their worst start to a Premier League season in 101 years under new manager Erik ten Hag.

With an opening weekend defeat to Brighton swiftly followed by a humbling 4-0 loss away at Brentford on Saturday, United sit bottom of the table.

Meanwhile, Ronaldo’s United future is in serious doubt with the 37-year-old wanting to quit Old Trafford this summer in favour of joining a Champions League club.

Neville, who played with Ronaldo at United, believes the loss of the Portugal forward could damage their chances of a respectable finish this season.

“The problem they have now is if they lose him, there’s nothing left in terms of the goal-scoring part of the pitch.

“I think that is a bottom-half-of-the-table team. That is a massive statement that may look stupid at the end of the season.

“They are demoralised and shot to pieces, it is really bad in there. They have gone back to default.” 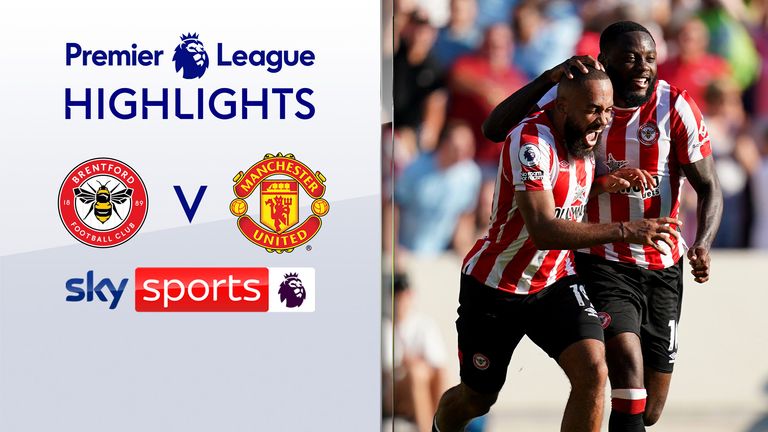 FREE TO WATCH: Highlights from Brentford’s win against Manchester United 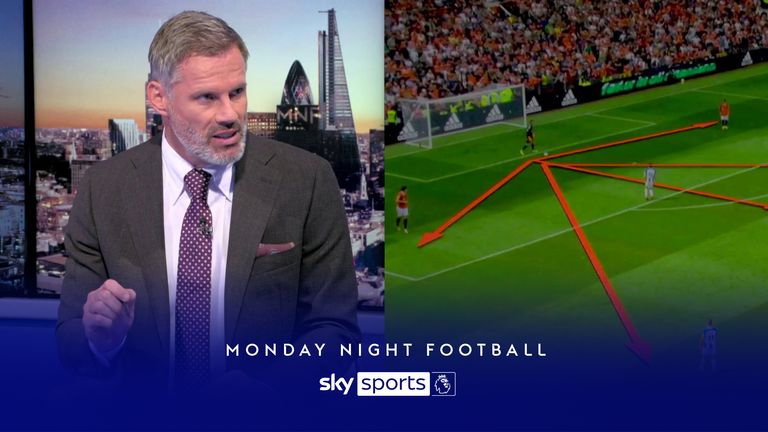 Speaking on MNF, Jamie Carragher analyses Manchester United manager Erik ten Hag’s decision to have his team play out from the back

De Gea made two mistakes against Brentford on Saturday and Carragher analysed on Monday Night Football how the Spain goalkeeper’s inability to build up from the back showed how he was at fault for one of the goals in the Brighton defeat too.

The former Liverpool defender also claimed Martinez’s height of 5ft 9in will be an area of exploitation for opposition teams facing United – especially if Ten Hag persists with the Argentina international in a back four.

“This is a manager who comes from Ajax and it’s obvious he likes his goalkeeper to play out from the back,” Carragher said on MNF. “But this goalkeeper is not good enough on the ball yet. The first problem he will look at is David de Gea, I’m sure there will have been words said.

“The other problem he’s got is the signing of Lisandro Martinez. Now, we should never judge managers or players too early, but I’m convinced this can’t work because the size of him playing in a back four.

”The reason why they’re gonna have a huge problem with [Martinez] at centre-back is every single team that play Manchester United – maybe bar Man City and Liverpool, who might feel, ‘we don’t need to change for Man United’ – should target that.

“They really should do that and I think [United] have got a huge problem. Ten Hag has got his fingerprints a little bit over this team, and I think the two or three things he’s influenced are not working.”