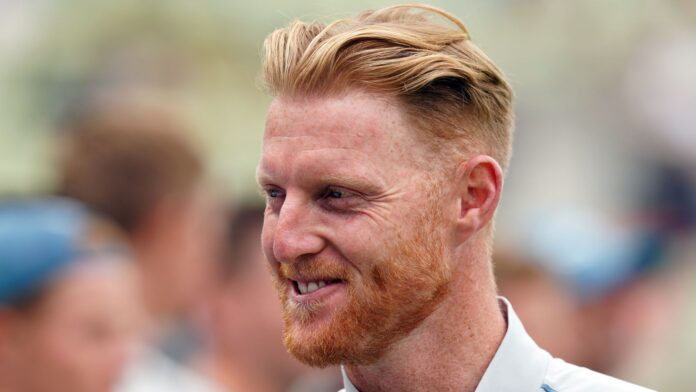 Ben Foakes returns to the starting XI in place of Sam Billings in the only change from England’s last Test win over India in July; Watch the first Test against South Africa, live on Sky Sports Cricket, Wednesday – coverage starting from 10am and the first ball at 11am

Under Stokes and new head coach Brendon McCullum, England won four Tests in a row to start the summer, sweeping New Zealand in their three-match series – chasing scores of over 275 in each Test – and then beating India with a record run-chase of 378.

South Africa captain Dean Elgar has been the latest to comment on England’s new style which has been labelled ‘Bazball’, saying: “I don’t see that there’s longevity in brave cricket”.

But Stokes has reiterated the message to his team, eager to see the “venom” in their approach still after five weeks away for white-ball cricket.

“The opposition seem to be doing a lot of the talking at the moment about it,” Stokes said. “We just concentrate on what we do.

“I’m happy for Dean and the South African team to keep saying they’re not interested but also keep talking about it.”

Stokes added: “For me, it’s just about reiterating the points that we were making at the start of the summer – our mindset, attitude and everything like that – about how we go out and play our cricket.

“Personally, I think that’s the most important thing at the moment for this team. Believing in what we speak in the changing room, going out there and trying to deliver on what we say.

“It has felt like we’ve been a really long time away from each other – obviously there has been a lot of different cricket, different formats played – so there is a real excitement for me to get back in there, see everybody, and reminding everybody about what we’ve achieved and sticking to our guns.

“It’s about making sure that five-week period doesn’t mean we’ve lost our venom. It would be easy to have so long away to almost forget the place we managed to find ourselves in.

“The results will look after themselves. If we play to the standard that we have done over the last four Test matches, we know we’re going to give ourselves a great opportunity of winning the game.

Wicketkeeper Ben Foakes returns to the starting XI, replacing Sam Billings, in the only change for the first Test at Lord’s after he missed the win over India at Edgbaston with Covid.

Stokes said he was also happy with his own fitness, having been troubled with a knee issue earlier this summer.

“Everyone in the starting eleven, who you’ll see tomorrow, the shirt is theirs at the moment,” Stokes said.

“I look at the squad as a whole and it’s a very exciting place to be at as a captain and a coach, as me and Baz [McCullum] keep saying. We feel as if we’ve got all bases covered.

“You’d definitely rather be there, than scratching your head thinking ‘who are we going to pick?’

“It was quite an easy decision based on our previous four performances.”

With regards to his knee, Stokes added: “It has been a long process with that, but we have an unbelievable medical team. I’m very pleased and happy with where I am at the minute. It’s just about maintaining it.

“I had two weeks off after my one-day retirement. I’ve built myself back up nicely and I’m really excited to get back out there tomorrow.”

Watch England’s first Test against South Africa live on Sky Sports The Hundred on Wednesday. Build-up from Lord’s begins at 10am with the first ball at 11am.