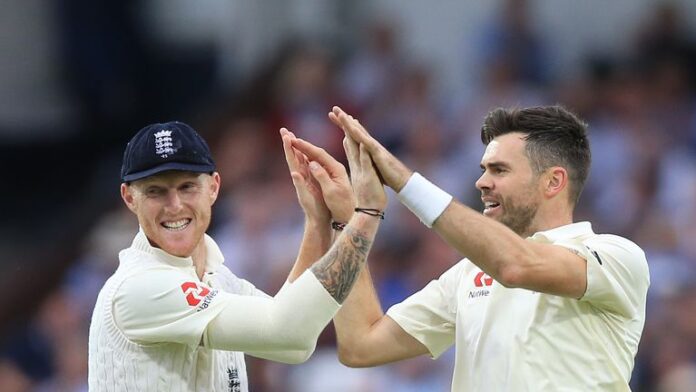 Watch James Anderson lead England’s attack for the first time since turning 40 as his side face South Africa at Lord’s live on Sky Sports from Wednesday – Ben Stokes on Anderson: “He’s got the label ‘the freak’ to be able to do what he does at that age”

When you consider that Darren Stevens wants to extend his cricketing career at the age of 46, then James Anderson, at 40, is a mere youngster.

Anderson entered his fifth decade on July 30 but retirement feels a long way off as he prepares to lead England’s attack once more in the series opener against South Africa at Lord’s from Wednesday, in what will be his first match since that milestone birthday late last month.

“I don’t feel old or that I’m slowing down,” Anderson told reporters on Monday. “[40] is just a number next to my name, it is not how I feel.

They have been helped by the fact England play more cricket than anyone else – often to a ridiculous degree – but they are more testament to Anderson’s health, heart, hunger and, most importantly, his supreme skill.

At an age where most sportspeople show signs of decline, for Anderson it has been the opposite.

New Zealand and India have already seen this summer that Anderson is far from a fading force, with the paceman taking 17 wickets in three matches at 18.29, including a 32nd five-wicket haul in the first innings against India at Edgbaston when he knocked over three of the tourists’ top six.

Anderson clinched his five-for – his 10th since turning 35 – when he had India No 11 Mohammed Siraj caught by his long-time new-ball partner Stuart Broad. It was a moment he probably feared might never come again after being dropped for the series in the West Indies in March.

The overwhelming feeling from fans and pundits was one of disbelief when interim managing director Sir Andrew Strauss opted to leave Anderson and Broad behind for the three-Test tour in the Caribbean.

For Anderson, it left him with feelings of “frustration, anger and shock” and “praying” that his career had not been cut off while he still had “a lot left to offer.” “I’ve got one more go at digging deep,” Anderson added while speaking on his BBC podcast Tailenders.

Anderson needed the new regime to want him, too, and they certainly did, with permanent managing director Rob Key and red-ball skipper Ben Stokes having no hesitation in recalling him and Broad.

“Ben was very clear on the fact he wants Jimmy and Broady to come back in,” Key said during his first media briefing as England men’s MD.

Anderson has shown that Stokes’ faith was justified with his displays so far this summer and there seems to be no end point in sight for a man who made his Test debut 19 years ago, against Zimbabwe at Lord’s.

Stokes said of Anderson: “We are incredibly lucky to have him as a side and as a nation. I honestly cannot see when he feels he cannot do it anymore.

“To be playing at 40, is phenomenal. He’s got the label ‘the freak’ to be able to do what he does at that age. He’s an unbelievable ambassador for the game, but also for fast bowlers in the future.

“The way he looks after himself, the constant will to always get better and not be happy with where he is at is an incredible thing that he has.”

Stokes has presided over a remarkable revival of England’s Test team with one win in 17 becoming four in row since he took charge – three over New Zealand and one over India – with each victory earned by belligerent run chases. Last time out against India, they chased 378 in just 76.4 overs.

But that aggression has also been evident with the ball. Wickets, not drying up runs, is the mantra and it is one that Anderson is embracing.

He said: “During the Tests earlier in the summer I felt really invigorated by the way we were asked to bowl as a bowling group.

“It was a change of mindset. I loved the aggressive nature of it and I’m looking forward to being a part of it.”

For Jimmy to keep his standards and fitness levels as high as he has, to keep improving his skills as he has over the last six or seven years, that’s the difference when you look at good cricketers and greats. The greats are the ones that keep evolving and keep finding ways to make life difficult.

Anderson will also be looking forward to bowling at Lord’s once more, a ground where he has bagged 116 wickets in 26 matches at an average of 24.36, including seven five-wicket hauls and a best of 7-42 against West Indies in 2017 which featured his 500th Test wicket.

The seamer will continue his push towards 700 at cricketing HQ this week underneath the famous Father Time weather vane. Anderson’s father time, though, seems a long way in the future.

Watch England’s LV= Insurance First Test against South Africa, from Lord’s, live on Sky Sports The Hundred from Wednesday. Build-up begins at 10am with the first ball at 11am.