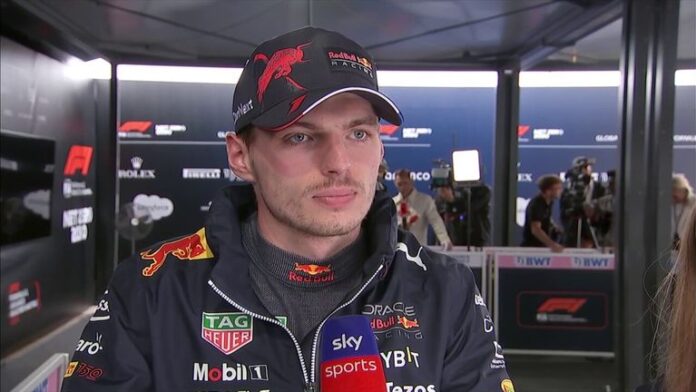 Max Verstappen has welcomed Mercedes’ re-emergence at the front so they can “steal more points off Ferrari” – and insists that the championship is not over despite his mammoth lead.

Verstappen holds an 80-point advantage over Charles Leclerc after back-to-back victories before the summer break, and it would represent the biggest points overhaul in the sport’s history if he were to fail to claim the title.

Verstappen’s victories in France and Hungary also saw both Mercedes drivers finish on the podium, with Lewis Hamilton and George Russell benefiting from their team’s improvements after a below-par start to 2022.

While Mercedes getting back into the fight may make Verstappen’s season more difficult, he is relishing their return.

“It’s good that they are competitive because then they can steal more points off Ferrari!” said Verstappen.

Verstappen is also taking nothing for granted in the title battle, pointing to Red Bull’s rollercoaster Hungarian GP – where they struggled in qualifying and had reliability scares in the race – as an example.

“Of course, it’s a great lead,” he said. “But we cannot have too many days like we had in qualifying.

“And even in the race, we had a few little issues with the clutch and the upshifts, which was not great to drive. Overall, of course, it’s good, but we just keep on working, keep on trying to improve things.”

“It is a very healthy lead but there is an awful lot of racing to go,” he told Sky Sports F1.

“Things can go wrong, we had some reliability issues in the [Hungary] race with the clutch and that could have quite easily been a DNF but thankfully it wasn’t.

“So, there are some areas that we can still improve on and there is an awful lot of racing still to do.”