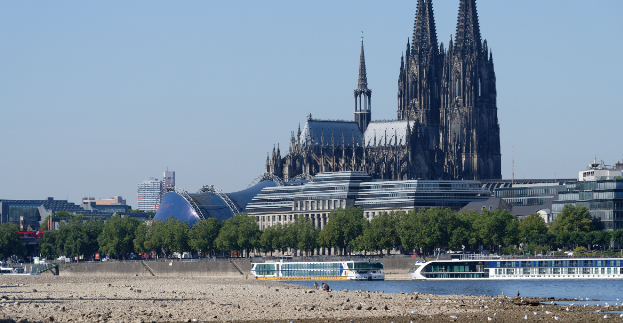 River cruise specialists say cancellations and amendments due to low river levels in Europe are impacting consumer confidence and adding to administrative workloads.

Many lines are continuing to monitor levels and make changes to itineraries or transfer passengers between ships in low-water areas to ensure sailings can take place, as the continent endures one of the worst droughts in centuries.

Riviera Travel, Scenic, A-Rosa River Cruises, AmaWaterways, Avalon Waterways and APT confirmed they had faced challenges due to low water levels on the Danube and Rhine in recent weeks.

Phil Nuttall, chief executive of the Travel Village Group, said the agency was getting around 10 days’ notice of cancellations and itinerary changes, with some customers willing to switch but others cancelling altogether.

He added: “We are dealing with it as best we can but it’s another thing to throw at the industry and is really frustrating. Some people have waited all through Covid to go on their trip so it’s painful for them.”

Alison Earnshaw, managing director of Cruise 118 parent World Travel Holdings, said the main impact was on consumer confidence for short-term departures, adding it was “definitely a barrier to sale”.

She said: “Our Christmas market river cruise bookings are still fine, but anything between now and November is a challenge. We’re hoping those people who don’t book for this year will book for 2023 departures instead.”

A-Rosa confirmed it had switched departure points away from Cologne, with transfers offered to Amsterdam and Duisburg, dependent on the ship.

Rudi Schreiner, AmaWaterways co-owner, said the line had begun swapping ships on the Rhine and chartering day boats with lower draughts to transfer guests between vessels. Passengers affected are being offered future cruise credit based on levels of disruption.

Janet Parton, Avalon Waterways sales and marketing director, said two Rhine sailings had been cancelled, but other “minor alterations” were mitigated as passengers could swap between nearly identical ships in the fleet.

She added: “All we can do right now is focus on the more imminent sailings. Rain is forecast for Europe, let’s hope it comes.”

Brad Bennetts, APT head of sales and business development, said all departures on the Rhine, Danube and Main rivers had gone ahead.
But he said agents and customers had been offered the chance to amend their booking, book a new holiday or receive a refund if their itinerary was impacted, adding: “The booking cancellation rate is very low.”

Riviera Travel said it had put measures such as ship swaps and itinerary changes in place but had only experienced “minimal disruption” so far.

“We are monitoring the situation closely and working hard with our partners on-the-ground to ensure this continues,” a spokesperson added. “We’d like to thank guests for their support and understanding.”

Scenic confirmed “key” sections of rivers it operated on had been affected but pointed out that conditions could change “significantly”.