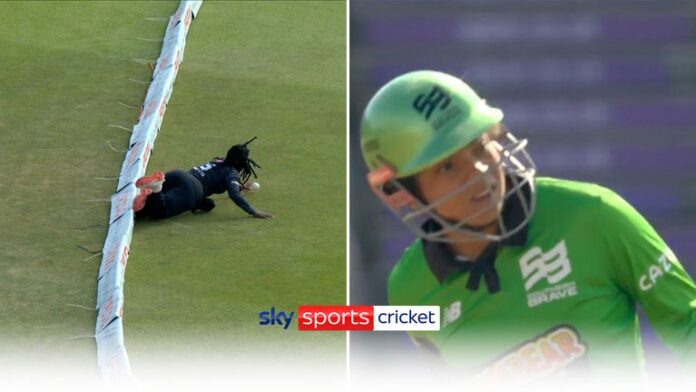 Heather Knight hoping to return to action by the end of the year after hip surgery, which rules her out of India series in September and the WBBL; Knight missed Commonwealth Games and The Hundred due to injury, sustained against South Africa

Knight, the talismanic all-rounder, sustained the hip injury during a T20 international against South Africa and missed the subsequent Commonwealth Games, although had hoped to return quickly.

But the 31-year-old revealed on Friday that she has now had surgery and will miss the India series as well as the Women’s Big Bash League, which starts in October.

“I’ve had a little clean out of my hip to get me back and running soon,” posted Knight on social media. “Unfortunately it rules me out of the India series and the WBBL, but I’m aiming to be back by the end of the year .

“Time to make the most of a bit of time away and bring on the rehab!”

Nat Sciver captained England in Knight’s absence at the Commonwealth Games, where the hosts were knocked out by India in the semi-final and lost to New Zealand in the bronze medal match.

Knight was also set to lead London Spirit in The Hundred but has played no part in the 100-ball competition this season.