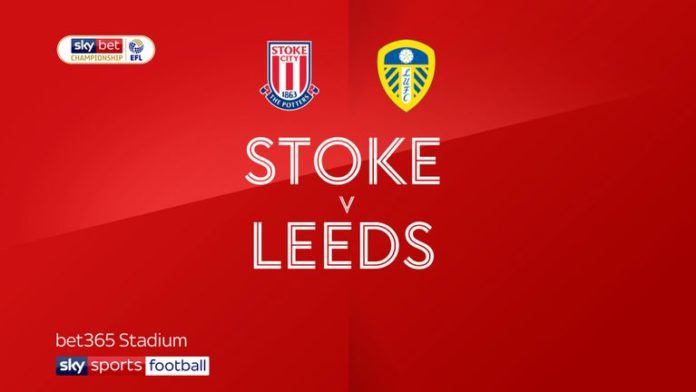 Under-fire Stoke boss Nathan Jones has admitted his side need to drastically change their mentality if they are to turn round their early season fortunes.

The Potters fell to a fourth defeat in their opening five Championship games when they were beaten 3-0 at home by Leeds on Saturday – a result that sees them rooted to the bottom of the table.

It’s the latest stumbling block in Jones’ tumultuous seven months in charge, that has left him with an unenviable four wins in his opening 25 games since succeeding Gary Rowett at the bet365 Stadium.

But despite his post-match rant in the wake of the 2-2 draw with Derby last weekend – in which he detailed his “devastation” at the torrid start to the 2019/20 campaign – Jones appeared to have come to terms with the fact there is an issue surrounding mentality at the club.

“I’m a brave manager and we believe we will turn it around but the players have to show responsibility as well,” he said, going on to add that the alarm bells started to ring during the 3-1 defeat to Brentford in January – his first game in charge.

“It’s about changing the mentality to be able to come back and handle the pressure of situations, and at the moment [the players] are not doing it.

“Last year the start here cost one manager (Gary Rowett) his job. It might cost me mine, you never know. It’s not for the want of trying but something has to change, whether that’s the manager or the mentality of the players.”

With such an alarming record during his tenure, naturally, the pressure levels are rising, but the Welshman revealed he remains on good terms with the club’s owners, in spite of that.

He added: “I’ve got a good relationship with them, they see the work we are doing but that won’t continue forever. I know that.

“If I’m not the one, if I ever, at any point, feel like I can’t change, like I’m flogging a dead horse…I do feel we are making big strides but we haven’t got the rewards we should have had.”