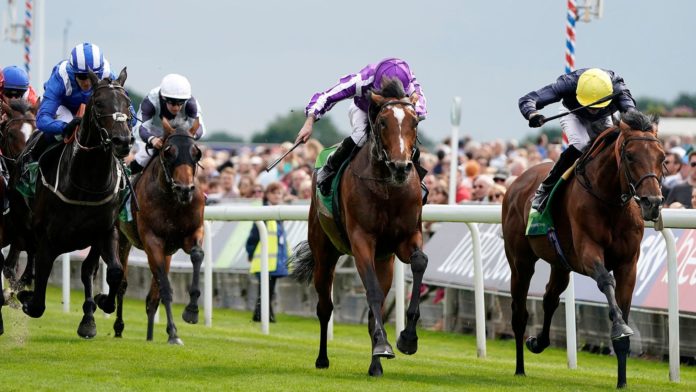 Japan continues to figure in the Qipco Irish Champion Stakes picture as Aidan O’Brien considers running plans for the Leopardstown showpiece on September 14.

The Galileo colt finished fourth in the Dante Stakes on what was a delayed seasonal reappearance in May, and has gone from strength to strength since York, taking third in the Derby at Epsom, before going on to score at Royal Ascot and ParisLongchamp.

His crowning moment though, came back at York on Wednesday, with a tenacious victory over Crystal Ocean in the Juddmonte International on the opening day of the Ebor Festival.

O’Brien said: “He came out of it very well. He hasn’t done much, but seems to be in good form. We’re happy with him.

“Obviously the Irish Champion is there for us to look at with all the horses and we’ll see how they are after a week or 10 days, discuss it with the boys and see what they want to do.”

O’Brien also has Magical in the Irish Champion mix, after her run behind Enable in the Darley Yorkshire Oaks.

It was the fourth time O’Brien’s filly had crossed swords with the John Gosden-trained superstar.

The Ballydoyle trainer said: “We were delighted with the run. She just got trapped behind William Buick’s filly (Lah Ti Dar) and obviously when you give Enable first run, and a length, there is no way back.

“It was her first run back (since finishing second to Enable in the Eclipse) and she probably got a bit tired. The plan was to go there and then come back for the Irish Champion.”