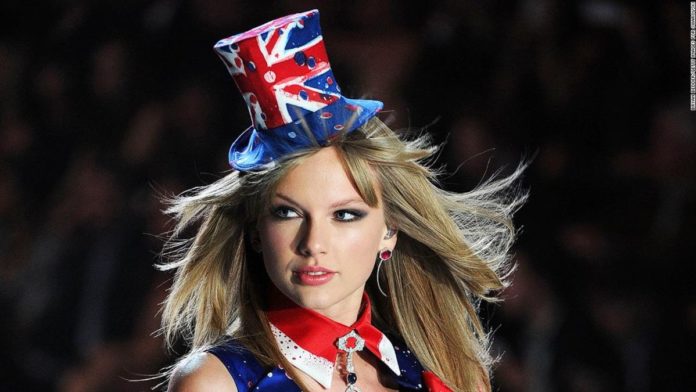 (CNN) — Taylor Swift is in love again, ladies and gentlemen, and this time it’s with a nation.

“God, I love the English,” the American pop legend sings on “London Boy,” a track from her seventh studio album, “Lover,” released August 23.

A besotted ode to both her actor boyfriend Joe Alywn and his hometown of London, Swift name-checks hard in this three-minute guide to the UK capital.

Like most kinds of PDA, it’s heartfelt but has people cringing — particularly London’s locals. Here’s the lowdown on Taylor Swift’s take on the city — and where to find the places she mentions.

Like a lot of visitors to London, Swift starts by walking through “Camden Market in the afternoon.”

This is a bad idea.

Even if you’re not a global megastar avoiding being mobbed, it’s still a tourist trap thronged with backpack-wearing teens from across the globe — although some of the street food is pretty good.

To escape the crowds on land, take one of the regular boat tours along Regent’s Canal from Camden to Little Venice, taking in sights including London Zoo. Jason’s Trip and London Waterbus Company are two of the main operators.

Swift’s paramour Alwyn was raised in the North London neighborhoods of Tufnell Park and Crouch End, so it’s no surprise Swift references affluent locales within hopping distance of his home ‘hoods.

Leafy Highgate is best known for its cemetery, where Swift can visit the final resting places of music industry legends George Michael and Malcolm McLaren.

Swift will be in fine pop company in Highgate.

Highgate is where London Boy brings our heroine to meet “all of his best mates.”

Historic 17th-century pub The Flask is more than up to this task: It has an open fire, charming beamed ceilings and a romantic past involving highwayman Dick Turpin.

The glorious, green open spaces of Hampstead Heath are a short distance away, where Swift can blow off the cobwebs on a post-pub stroll.
The Flask, 77 Highgate West Hill, Highgate, London, N6 6BU

Rugby down the pub

“I love high tea, stories from uni, and the West End.”

It’s a testament to the power of love that Swift enjoys her London Boy and his friends swapping in-jokes and sophomore high jinks from “uni” — a colloquial term for university.

Love is love, however, and although Londoners online have been quick to point out that rugby-watching in North London’s most cosseted corners speaks to privilege with a capital P, we can only go where our heart leads us.

Have your phones at the ready: Sketch in Mayfair.

The West End is a catchall term for London’s central entertainment and shopping districts: Covent Garden, Soho, Chinatown, Leicester Square and beyond.

There are many excellent places here for afternoon tea, but the avant-garde luxury and millennial pink hues of Sketch in Mayfair are best suited to a pop princess.

If you’re looking for “Louis V up on Bond Street,” however, you’ll be out of luck. Despite there being a tube station of that name, Bond Street does not technically exist: There is only Old Bond Street and New Bond Street, where the Louis Vuitton store can be found at Numbers 39-42.

The gentrification of the South London neighborhood of Brixton can be charted in its appearance in pop songs. In 1979, The Clash sang of “The Guns of Brixton,” predating the riots of 1981, and in 1982 Guyanese-British singer Eddy Grant had a worldwide hit with “Electric Avenue.”

Now Swift has declared a fondness for “nights in Brixton.” May we recommend a meal at Brixton Market and its many eateries, followed by a movie at the century-old Ritzy Cinema and a pint down the Effra Hall Tavern.
Ritzy Cinema, Brixton Oval, Coldharbour Lane, Brixton SW2 1JG

Boxpark: It’s not a gentrified neighborhood if you can’t get street food inside a shipping container.

“Shoreditch in the afternoon,” sings Swift. Even the American arriviste knows that the East London district, centered around the markets, nightlife and curry houses of Brick Lane, has lost its edge.

The arty types who made the area a hip locale in the early 21st century have long been priced out. Swift, no doubt, prefers to just stop by for a street art tour or a pint in the Ten Bells, famous for its Jack the Ripper associations, before moving on.

The East London borough of Hackney is the birthplace of actor Idris Elba, who is sampled at the beginning of “London Boy,” saying “We can go driving on my scooter, just riding in London.”

That’s one way of seeing the area’s sites, although fashionable locals are more likely to be found riding bicycles than on polluting vehicles.

Broadway Market is the best place to put on a straw hat and eye up artisan breads, while London Fields Lido is a 50-meter heated outdoor pool that can be enjoyed all year round.