Home World Wonder where the economy is heading? Keep an eye on earnings 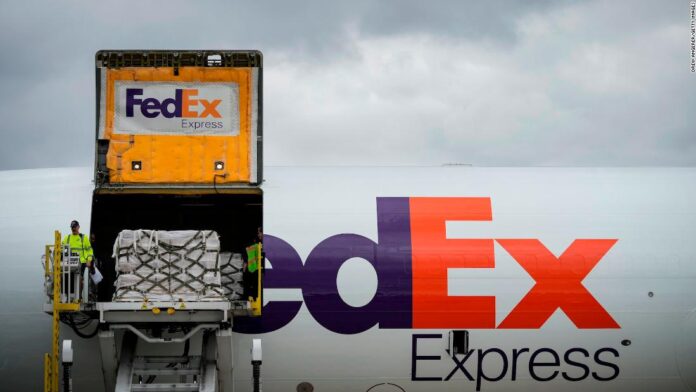 FedEx’s bad news overshadowed a more promising development on Thursday, the agreement between railroad operators and unions to avoid what could have been a crippling freight rail strike.
Still, investors remain nervous about the health of the railroad business, a sign of the jitters about the overall economy. Shares of top rail operators Union Pacific (UNP), CSX (CSX) and Norfolk Southern (NSC) are down sharply this year. Even Warren Buffett’s Berkshire Hathaway (BRKB), which owns Burlington Northern Santa Fe, has taken a dip lately.
But FedEx isn’t the only company sounding the recession alarm bell. In an unusually dour earnings call earlier this month, the CEO of high-end furnishings retailer RH (RH) (aka Restoration Hardware) said that “anybody who thinks we’re not in a recession is crazy” and added that the housing market is in a downturn that is “just getting started.”
The chief financial officer of Best Buy (BBY) said at the end of August that he expects sales growth will continue to slow. And while the company avoided using the term recession, Best Buy’s CFO did say there is “a belief that the current macro environment trends could be even more challenging … for the remainder of the year.”
The CEO of PVH (PVH), which owns the Tommy Hilfiger and Calvin Klein brands, noted in the company’s late August earnings call that, “high gas prices and other inflationary pressures began to affect consumer discretionary spending,” during the summer, adding that the shift “was most pronounced for us in the middle-income and value consumer in North America.”
Chip equipment leader Applied Materials (AMAT) noted in an earnings call last month that some of its semiconductor customers are in slowdown mode “as macro uncertainty and weakness in consumer electronics and PCs causes these companies to defer some orders.”

Report cards from big companies to give clues about economy

These are ominous signs. And even more companies are likely to reference the slowing economy — some execs may even dare to use the R-word — in the coming weeks. Most of Corporate America operates on a calendar year schedule for earnings, which means they will report third quarter results in October.
Tech titans Apple (AAPL) and Microsoft (MSFT), streaming leader Netflix (NFLX), consumer products stalwarts Coca-Cola (KO) and Procter & Gamble (PG), restaurant chains McDonald’s (MCD) and Chipotle (CMG) and banking leaders JPMorgan Chase (JPM) and Goldman Sachs (GS) are just a few of the blue chips that will give financial updates next month.
The change in sentiment has been dramatic. According to estimates tracked by FactSet, as recently as June 30 earnings for the third quarter were expected to rise by nearly 10% from a year ago.
But as companies and analysts have cut their outlooks, forecasts now call for just a 3.5% profit increase. That would be the worst quarter for earnings since a 5.7% decrease in the third quarter of 2020, when the economy was reeling from Covid-imposed lockdowns.
FactSet senior earnings analyst John Butters noted that the magnitude of the change in earnings estimates is the biggest since the second quarter of 2020, which is when many companies first went into shutdown mode.
Aggressive rate hikes by the Federal Reserve, which are expected to continue with the Fed likely raising rates sharply again later this week, are also stoking the recession fears.
What’s more, other global central banks, including the European Central Bank and Bank of England, are now in tightening mode too. That adds to the risk that a global spike in rates will lead to a further slowdown in earnings, consumer spending and the overall economy.
“Sentiment and market momentum have turned decidedly negative,” said Mark Hackett, chief of investment research at Nationwide, in a report last week. “Earnings fears have now joined inflation and the Fed at the front of mind of investors.”
Hackett added that “growth expectations continue to moderate” and that CEOs and small businesses are increasingly worrying about a recession.
It’s worth noting that not all recessions are “Great Recessions” like 2008. The US economy had far more modest downturns in 1990 after oil prices spiked during the first Gulf War as well as in 2001 following the implosion of the dot-com bubble. And the Covid recession of 2020 lasted just two months, the briefest downturn on record.
There is one possible bright spot. The US housing market, despite concerns about surging prices and soaring mortgage rates, is expected to slow but not crash like it did during the subprime crisis of 2007 and 2008.
Executives at companies such as construction equipment giant Deere (DE), home improvement retailers Home Depot (HD) and Lowe’s (LOW) and appliance maker Whirlpool (WHR), have acknowledged in conference calls that while a short-term softening of demand for housing is likely, another massive bubble burst doesn’t appear to be in the cards.