Home Culture ‘Dahmer’ gets away with murder in new trailer 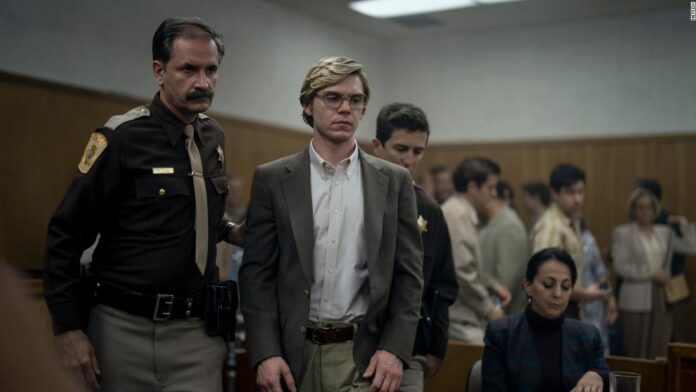 “Dahmer – Monster: The Jeffrey Dahmer Story” stars Emmy winning actor Evan Peters as the famous serial killer. Netflix released a new trailer Tuesday which shows how some in the Black community where Dahmer lived tried to sound the alarm.
Niecy Nash stars as Glenda Cleveland, a neighbor of Dahmer’s who tries to alert police to the fact that there’s something wrong happening in his apartment.
“The series exposes these unconscionable crimes, centered around the underserved victims and their communities impacted by the systemic racism and institutional failures of the police that allowed one of America’s most notorious serial killers to continue his murderous spree in plain sight for over a decade,” according to Netflix.
The limited series also stars Richard Jenkins, Molly Ringwald and Dyllón Burnside. It is now streaming on Netflix.