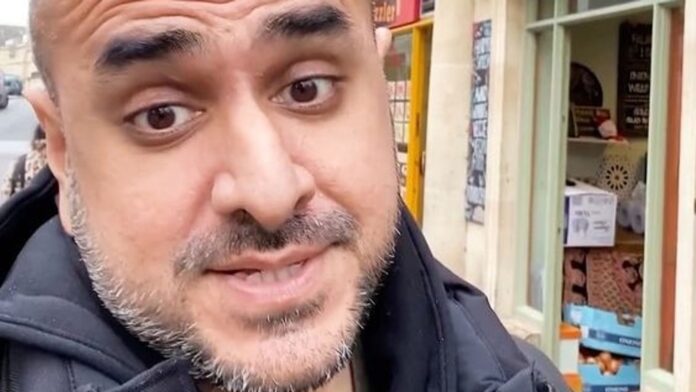 A prolific fraudster accused of impersonating Hollywood film executives is said to have fooled over 300 victims out of a total of $1m.

Hargobind Tahilramani, 42, is said to be the “con Queen of Hollywood” for committing fraud by offering people in the film industry work that didn’t exist and tricking them into paying thousands in expenses.

He is accused of impersonating executives such as Amy Pascal, the film producer Megan Ellison, her mother Barbara Boothe, and producers that worked for The Dark Knight trilogy and Inception director Christopher Nolan in a scam that lasted seven years from 2013 to August 2020, Westminster magistrates’ court was told.

Tahilramani would impersonate Hollywood figures in phone calls, emails and text messages to lure his victims on a trip to Indonesia paid out of their own pocket.

Actors, screenwriters and photographers would travel to Jakarta for non-existent projects and were charged expenses were never repaid repaid.

The 42-year-old was consequentially arrested in November 2020 after an FBI investigation led to a £60-a-night hotel in Manchester.

Tahilramani, who has been based in the UK since 2016, had claimed that he was a “writer for Netflix”.

He is now opposing extradition to the US, where he would face eight charges – conspiracy to commit wire fraud, two counts of wire fraud which each carry a maximum penalty of 20 years in prison, and five counts of aggravated identity theft with a maximum sentence of two years each.

Joel Smith, a US representative told the court: “The defendant would pretend to be well-known entertainment industry executives or their representatives and promised victims non-existent work in the film industry in Indonesia.”

Victims were asked to pay photography costs or permits, and fees for their drivers and tour operators all of whom were co-conspirators.

Mr Smith added: “The monies spent by the victim were received by the defendant himself and never paid back.

“At its heart, this is an old-fashioned advance fees fraud.”

The screenwriter Greg Mandarano is believed to have been tricked out of $80,000. Casey Grey, who worked in the security industry, was propositioned by Tahilramani.

“The defendant, whilst pretending to be Ms Pritzker, offered sexual favours to Mr Grey, and tried to get him to send recordings of himself,” Mr Smith said.

Freelance photographer Will Strathmann allegedly paid near £40,000 over three trips between October and November 2017 after being conned by Tahilramani via emails in which he was pretending to be Ms Pascal.

The court heard that the fraudster, posing as the producer Thomas Hayslip, asked Dan Considine to send audition tapes and pay approximately $7,000 for martial arts training videos in hopes of landing a role in a Nolan film.

“There are a large number of victims not currently subject to the U.S. indictment, including some UK-based victims but they are not currently the subject of any US prosecution,” Mr Smith said.

Tahilramani was nicknamed the “con Queen of Hollywood” by private investigation firm K2 Integrity, which worked with law enforcement agencies during the FBI investigation.