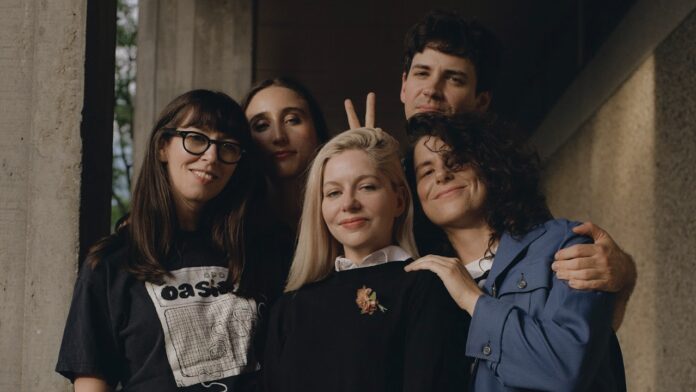 Alvvays have shared two new songs from their new album, Blue Rev: “Belinda Says” and “Very Online Guy.” Colby Richardson created the visualizer for “Belinda Says” while members of Alvvays contributed 16mm film loops. “Very Online Guy” was co-directed by Richardson alongside the band’s own Molly Rankin and Alec O’Hanley. In a press release, the band said, “This was easily the funnest thing we’ve ever shot. Enjoy our clunky low-bit collage of aliased key clacking and step-dance scramble on your CRTs.” Check out both songs below.

Blue Rev is Alvvays’ third studio album and serves as the follow-up to their 2017 sophomore LP Antisocialites. It’s scheduled to arrive on October 7. Joining the band on this album are new drummer Sheridan Riley and bassist Abbey Blackwell. “Belinda Says” and “Very Online Guy” follow the singles “Pharmacist” and “Easy on Your Own?” In October, Alvvays will head out on tour.