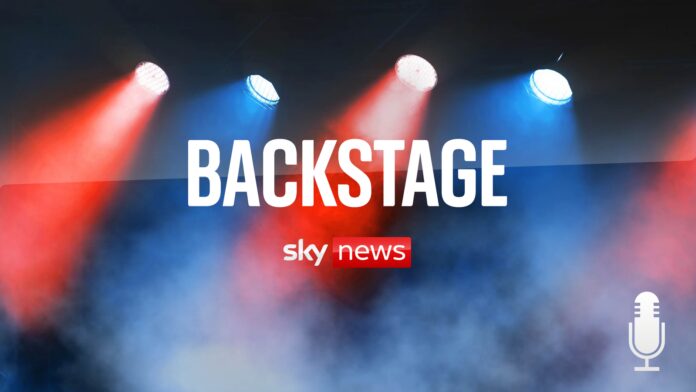 This week’s Backstage podcast from Sky News is chock-full of interviews and reviews.

The team discuss one of the buzziest stories of the week – the queue that stretched for miles in London to see the Queen lying-in-state – which came with some daytime TV-related controversy, as well as looking at the power of podcasts, after the news that true crime show Serial was credited with getting Adnan Syed released from prison.

The team get stuck into Netflix thriller Athena – a French-language film which starts with a riot. Stevie chats to director Romain Gavras about his new project and gets the bottom of how many takes it took to shoot a one-shot, 15-minute-long fight sequence.

Steven Moffat’s new show Inside Man with David Tennant and Stanley Tucci also gets the Backstage treatment – a story that features a quaint English parish, and a murderer on death row.

Claire also chats to Lena Dunham and Andrew Scott about new starry comedy Catherine Called Birdy – listen to see what advice Scott had for her when it comes to pursuing her high school crush, Keanu Reeves.