Home Culture ‘Abbott Elementary’ is back in session 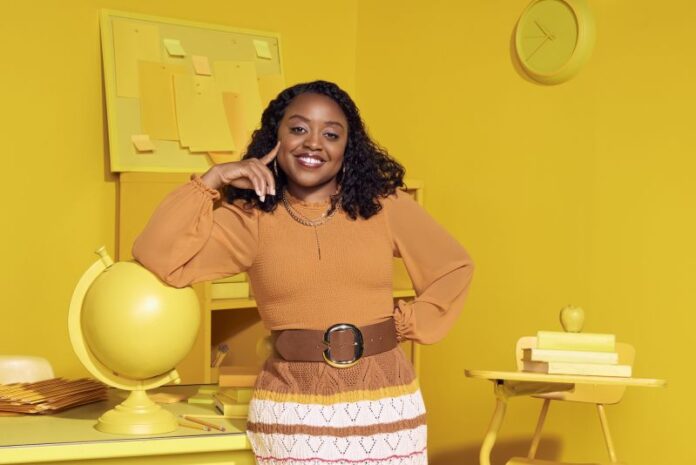 A version of this story appeared in Pop Life Chronicles, CNN’s weekly entertainment newsletter. To get it in your inbox, sign up for free here.

September will always remind me of schooltime.

Granted, I don’t have children nor have I seen the inside of a classroom in years, but this month will still always be “back-to-school” time for me.

Which works perfectly for this week’s newsletter – some of the new entertainment options out there are top of the class.

Not enough great things can be said about “Abbott Elementary” creator Quinta Brunson.

Her sitcom is one of the best things on television right now, if for no other reason than it gave opportunity to the fabulous Sheryl Lee Ralph, who recently wowed me with her acceptance speech for outstanding supporting actress in a comedy series at this year’s Emmys.

Now Ralph, Brunson, who also plays a role as teacher Janine Teagues, and the rest of the gang from our favorite Philadelphia elementary school are all back for what we expect to be another hilarious season. I can’t wait to see how it plays out.

“Abbott Elementary” airs Wednesday nights on ABC; episodes will also be available to stream the following day on Hulu.

His name has become almost synonymous with serial killing.

Jeffrey Dahmer, whose horrifying crimes included murder, sexual assault, cannibalism and necrophilia, has been the subject of plenty of true crime books, TV shows and movies. The latest comes from Ryan Murphy for Netflix.

A limited series that dramatizes his grisly crimes, “Dahmer – Monster: The Jeffrey Dahmer Story” is also “centered around the underserved victims and their communities impacted by the systemic racism and institutional failures of the police,” the streaming platform said in a statement.

The series is available now on Netflix.

Just when you thought there was no way there’s anything you don’t know about the Kardashians, well, it turns out they’ve been holding back.

The new season of the family’s Hulu reality show reportedly will include a health scare for matriarch Kris Jenner and Kim Kardashian’s “season of independence.” And it’s set to start with a bang: The season premiere is “a really seriously deep, vulnerable episode that we haven’t talked about,” Kardashian recently told “Good Morning America.”

“I think people will be really surprised,” she added.

That first episode is now streaming on Hulu.

With Kelsea Ballerini recently filing for divorce from fellow singer-songwriter Morgan Evans, you can best believe people will be reading between the lines of her latest album.

“The last couple of years and the forced space, I’ve had a lot of time to kind of get right with myself and lean into my feelings,” she told Billboard.

“Subject to Change” is out now.

There is no law that says 5 Seconds of Summer can’t release a new album in the fall, so the Australian pop rock group is doing just that with its fifth album, “5SOS5.”

It’s been more than a decade since the group exploded on the music scene, quickly gaining a reputation for catchy hits – and hard partying.

Now though, the bandmates have settled a bit more into adulthood; with time to reflect that has come with both the years and the pause of a pandemic, their songwriting is in a different place.

“A lot of (the new album) is about romantic relationships and friendships,” singer Ashton Irwin told The Guardian. “But it’s more about realising that maybe you don’t have as many emotional tools in the tool belt to figure out why they affect you.”

Brava to “The Woman King.”

Viola Davis stars in one of the best films I have seen this year, playing the leader of the Agojie, an all-female group of warriors who for hundreds of years protected the West African kingdom of Dahomey.

The film topped the box office during its opening weekend, but even before “The Woman King” was released, there were calls for a boycott of the movie over concerns about how it would (or would not) address Dahomey rulers selling their enemies, fellow Africans, into slavery.

The controversy was a reminder to me of how social media has all too often encouraged people to get up in arms about so many things without having enough information to make an informed decision.

“It was the knowledge that at the time that we’re setting this, that the kingdom was at a crossroads,” director Gina Prince-Bythewood said in a recent interview with Vox. “Half of this kingdom and its people (were) wanting to abolish being a part of the trade and the other half (were) wanting to keep it because it gave them their wealth.” With the movie’s focus on the Agojie, she explained, she was able to “use these women as that voice of wanting to change.”

The case of Adnan Syed is a reminder that investigative journalism can be a powerful tool – and can change people’s lives.

His case was little known outside of Baltimore until journalist Sarah Koenig (who I worked alongside in the late 1990s at the Baltimore Sun) took up his cause for the 2014 podcast “Serial.”

Syed was a teen in high school when he was accused, and eventually convicted, of the 1999 murder of his ex-girlfriend, Hae Min Lee. Though he was sentenced to life in prison in 2000, the global success of “Serial” led to widespread concern that he had been unfairly convicted and calls that the case should be reexamined.

On Monday, a Baltimore City Circuit Court judge vacated his conviction after prosecutors in the city said they had found new evidence. Syed was freed the same day pending a potential future retrial.

Hancock insists he’s not leaving politics for showbiz after I’m A...