Home World The Discovery of 7,200-Year-Old Cheese and Other Ancient Food and Drink 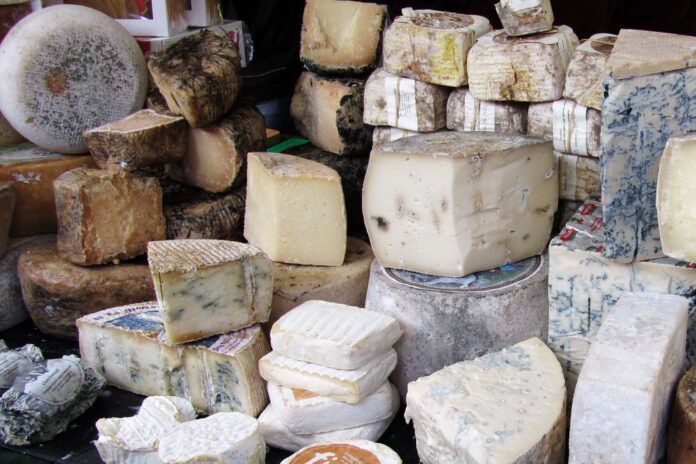 As archaeological artifacts go, food doesn’t get a lot of mainstream attention compared to, say, a hoard of old coins or an ornate sarcophagus. And yet, samples of ancient food and drink, even when only present as particles or residue, can offer researchers — and the rest of us — a delicious menu of insight and knowledge into the people who prepared them.

Granted, the food that archaeologists find is nothing you’d want to eat. Often, it isn’t even recognizable as a foodstuff. Yet these morsels of history can still shed surprising light on just how far back humans have made some form of the dishes and beverages we still enjoy today. Here, then, is a four-course meal of some of the oldest edibles ever found. Bon appetit!

For a long time, conventional wisdom held that bread must be something humans didn’t develop until early agriculture was well underway. After all, it was assumed, you’d need ready access to ingredients (like grain) that you could harvest in sufficient quantities to make flour, as well as some fairly permanent structure in which to bake it (like an oven).

But in 2018, researchers discovered samples of a type of flatbread that date back more than 14 millennia, at least 5,000 years earlier than any previous known evidence of bread-making, and well before humans started farming. Found in Jordan’s Black Desert, the bread fragments contained wild wheat, barley and plant roots, which must have been collected and prepared with no small effort by the hunter-gatherer people who roamed there.

In lieu of an oven, the bread could have been baked on a hot stone or in the toasty ashes of a fire. It was then likely used to hold fresh-cooked meat, which could mean that the sandwich — or at least the wrap — was one of the original to-go meals for a prehistoric people still on the move.

Even the most venerable aged cheddar can’t compare to what archaeologists have found in tombs and digs, especially in Egypt. There, several blocks of white cheese were recently discovered in clay containers at the necropolis in Saqqara; inscriptions on the containers date the cheese to as far back as 664 B.C. Any way you cut it, that’s some ancient cheese, but it’s by no means the oldest.

In 2018, an even older jar of cheese was found at Saqqara in the tomb of Ptahmes, an Egyptian official. Made from sheep or goat milk, that sample dates to more than 3,000 years ago.

But the cheese that really stands alone was also discovered in 2018, this time in pottery found on the sites of Neolithic villages that once existed on Croatia’s Dalmatian coast. Although their conclusions are disputed in some circles, researchers who made the find say that the fatty residue in the pots is the earliest known evidence of cheese making, dating back more than 7,000 years.

Hot liquids, such as broth, soup or stew, have likely been on the menu for tens of thousands of years, possibly since humans or their nearest relatives could control fire. At least one researcher has theorized that even Neanderthals, who could make fire but not pottery, may have been able to boil water and cook up a rudimentary broth by rendering fat from animal bones, using containers made of hide or bark.

Anything we would recognize as soup came much later, yet still long ago from our perspective. In 2012, Harvard researchers working in China discovered 20,000 year-old pottery that was made to be waterproof and heatproof — two basic qualities you’d need in a soup-worthy vessel. But while the evidence suggests that the pottery was indeed used for cooking, there’s nothing to say those early culinary artists were making soup. Soup is mostly liquid after all, and liquids tend to evaporate over time, making conclusive archaeological evidence decidedly scant.

Nevertheless, in 2010, Chinese archaeologists working near the ancient city of Xian, discovered a sealed pot still containing liquid that the researchers determined to be some form of bone soup — and was more than 2,400 years old.

The practice of drinking wine, or at least some kind of fermented beverage, has been a part of human life for an awfully long time, certainly since our hunter-gatherer days, and possibly much earlier. Biologists have hypothesized that even our pre-human ancestors could have sought out fermented fruit to get a little buzz, just as some primates do today.

Of course, actual viniculture — growing grapes specifically to make wine — came much later but is still an ancient practice. To date, the oldest known evidence of winemaking comes from 8,000-year-old earthenware jars found at archaeological sites near Tbilisi in the country of Georgia. Chemical analysis of residue in the jars indicates that they once contained wine. Also, some of the jars were decorated with images of grapes and a man dancing — a bit of a giveaway as to the contents.

Like soup, the odds of finding ancient wine in liquid form are exceedingly slim, but it has happened once so far, in the case of the famous Speyer wine bottle. Discovered in 1867 in the remnants of a Roman tomb near Speyer, Germany, the bottle itself dates to the 4th century A.D. Miraculously intact and still sealed, the bottle contains the oldest and rarest vintage of wine — or what’s left of it.

The cloudy liquid that remains is likely a combination of locally sourced wine infused with herbs, as well as a quantity of olive oil, which was used to seal and protect the wine from exposure to air. You can’t drink it, but you can still visit the bottle and its contents at the museum where it remains on permanent display. Cheers!

Ontario International named the fastest-growing airport in the U.S. for the fifth straight year

Disney Cruise Line Returns to Tropical Destinations in the Bahamas, Caribbean and Mexico