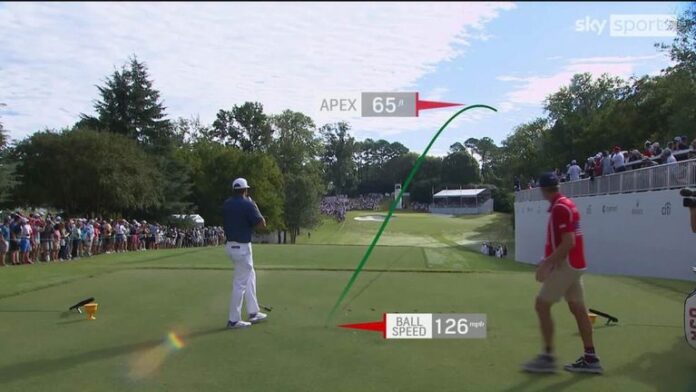 International Team claim five of the eight points on offer on Saturday, with rookie Tom Kim winning both of his matches, although Team USA only require 4.5 points in the final-day singles to earn another Presidents Cup victory

Team USA remain on course for a ninth consecutive Presidents Cup victory despite the International Team cutting the lead to four points heading into the Sunday singles.

The pre-tournament favourites took an 8-2 advantage into the weekend at Quail Hollow and retained their six-point cushion after claiming a share of the spoils during the morning foursomes.

The International Team, containing eight rookies, then won three of the four matches during an impressive display in the fourballs to reduce Team USA’s advantage to 11-7 heading into the final day.

“This morning on the bus I challenged these guys to win the day and they did, 5-3,” International Team captain Trevor Immelman said. “Now, we’ve got a very long way to go. We’re still four points behind and we know how tough the Americans are in singles, but today was a great day for us – this team has been through a lot.”

Davis Love III’s American team require just 4.5 points from the 12 matches on Sunday to continue their Presidents Cup winning streak, while the International Team need 8.5 points to claim an unlikely victory in the biennial contest and a first this century.

“We’ve got to turnaround tomorrow and come out like the first two days,” Love said. “I don’t like being four ahead, I liked it when we were six ahead, but we’re in a good spot. We’ve got a bunch of guys hitting it really good, they just made more putts today than we did.”

Jordan Spieth and Justin Thomas led from the front to thrash Sungjae Im and Corey Conners 4&3 in the opening match of the day, while Max Homa and Tony Finau never trailed as they despatched Si Woo Kim and Cam Davis by the same score.

A clean sweep looked a possibility with Team USA also leading at various points in the other two foursomes matches, only for the International Team to battle back to claim a share of the spoils from the morning session.

Adam Scott and Hideki Matsuyama won five consecutive holes to bounce back from going two down against Cameron Young and Collin Morikawa to beat the American pair 3&2, as Tom Kim and KH Lee produced a fast finish to defeat Scottie Scheffler and Sam Burns 2up.

World No 1 Scheffler was then left out of the afternoon fourballs, having failed to win the first three matches of his Presidents Cup debut, where some valiant International Team resistance saw them win their first session of the contest.

Spieth and Thomas recovered from losing their opening hole to win the next three and then move three ahead with a birdie at the ninth, before a chip-in birdie from Spieth at the par-four 15th secured a 4&3 triumph over Matsuyama and Pendrith.

The American pair became just the third duo in Presidents Cup history to win all four matches paired together, which Cantlay and Schauffele threatened to match until Kim and Kim ended their unbeaten record with a back-nine fight-back.

Cantlay and Schauffele were two ahead with eight to play and were on top after 15 holes despite a 55-foot birdie by the younger Kim at the 11th, before the Internationals won two of the last three holes to snatch victory.

Im and Sebastian Munoz saw off Finau and Kevin Kisner 3&2 to win another point for the visitors, before an eagle-birdie-birde finish from Davis saw him partner compatriot Scott to a final-hole victory over Burns and Billy Horschel.

The record final-day deficit overturned in the Presidents Cup is two points, which Team USA managed to win the 2019 contest, although the four-point margin is the same lead lost in the singles at both the 1999 and 2012 Ryder Cups.

Can Team USA continue their winning run at the Presidents Cup? Watch the final-day singles live on Sunday from 5pm on Sky Sports Golf. ordan Spieth/Justin Thomas become the third pairing to win four points in a single Presidents Cup.