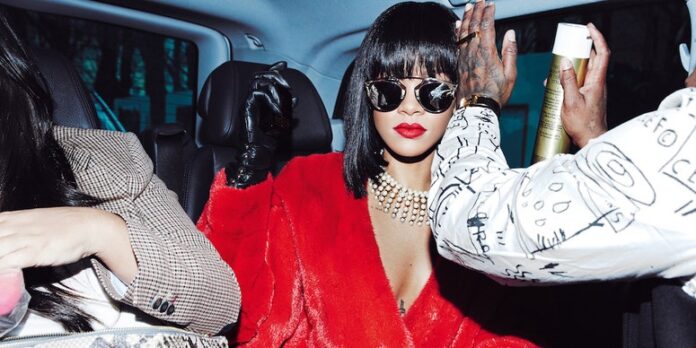 Rihanna and the NFL have announced that she’s headlining the 2023 Apple Music Super Bowl Halftime Show. It marks Rihanna’s first public performance since her appearance with DJ Khaled and Bryson Tiller at the 2018 Grammy Awards. Super Bowl LVII takes place on February 12 and will broadcast live on Fox.

The news comes after a flurry of updates regarding this year’s Super Bowl Halftime Show. Following rumors of Taylor Swift being asked to perform, it was subsequently reported that the singer-songwriter turned down the opportunity. Apple Music recently stepped in as the new presenting sponsor of the Super Bowl Halftime Show, taking the place of Pepsi after a decade.

Prior to her 2018 Grammys performance, Rihanna’s last tour was a 2016 run behind her last album Anti. This year, she welcomed her first child with A$AP Rocky. The same year she performed at the Grammys, Vogue ran an article indicating that Rihanna was making a reggae album; she later confirmed as much, but the album has yet to materialize.

Since releasing Anti in January 2016, Rihanna has collaborated on tracks with Calvin Harris (“This Is What You Came For”), Drake (“Too Good”), Mike WiLL Made-It (“Nothing Is Promised”), Future (“Selfish”), Kendrick Lamar (“LOYALTY.”), DJ Khaled (“Wild Thoughts”), N.E.R.D (“Lemon”), and Partynextdoor (“Believe It”). She also released the Star Trek: Beyond single “Sledgehammer” in June 2016. This year, she starred in A$AP Rocky’s new video for “D.M.B.”

Rihanna has stayed busy with her Fenty fashion line, which she brought to LVMH. In 2019, she starred in Childish Gambino’s Guava Island and published an eponymous 504-page “visual autobiography” via Phaidon. She appeared in the films Ocean’s 8 (2018), Valerian and the City of a Thousand Planets (2017), “Bates Motel” (2017), and Popstar: Never Stop Never Stopping (2016).