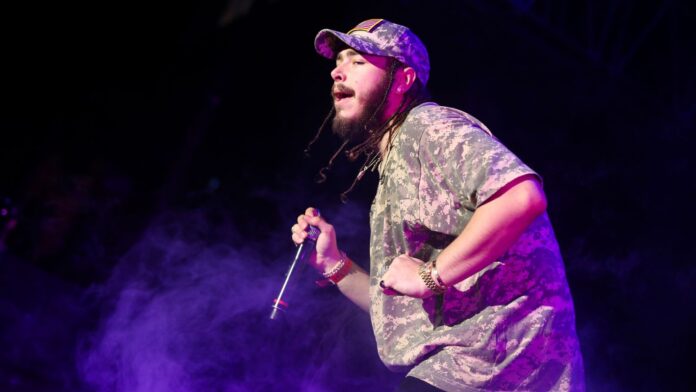 Rapper Post Malone was admitted to hospital after suffering “breathing difficulties” and has been forced to postpone a gig.

The US singer had to cut short a gig he was playing in St Louis, Missouri, last week after he fell into a “hole” for crew and equipment at the edge of the stage and winded himself.

He was treated in hospital and told fans on social media: “Everything is fine.”

But he returned to hospital on Saturday with what he described as “difficulty breathing and stabbing pain… every time I move or breathe”.

As a result, the scheduled show last night in Boston was postponed.

He told fans: “Today I woke up to a cracking sounds on the right side of my body

“I felt so good last night, but today it felt so different than it has before. I’m having a very difficult time breathing, and there’s like a stabbing pain whenever I breathe or move.”

He pledged to reschedule the show.

Read more from Sky News:
Why Pink Floyd’s Roger Waters and the Ukrainian first lady have fallen out

“I love y’all so much. I feel terrible, but I promise I’m going to make this up to you. I love you Boston, I’ll see you soon,” wrote the singer, 27, whose real name is Austin Richard Post.

The venue, TD Garden, said in a tweet the show was “postponed due to unforeseen circumstances”.

Malone is scheduled to perform in Cleveland on Tuesday.

Last week, after falling on stage, he said to fans: “Thank you for putting up with my dumb ass.”