Home Sport Mott hails Dawson effort | Moeen: We should have chased score down 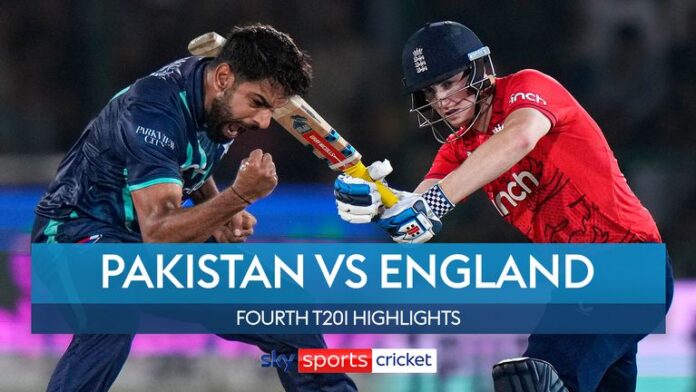 England head coach Matthew Mott hailed Liam Dawson’s fight in defeat to Pakistan, while skipper Moeen Ali conceded they should have chased down the hosts’ score.

Pakistan held on to claim a three-run win that squares the seven-match series 2-2, but only after control of the game swung like a pendulum.

England were favourites as they began chasing a gentle target of 167, but found themselves struggling at 14-3 after just two overs.

Dawson appeared to have settled things in their favour when he dashed 24 off the 18th over to leave just nine needed off 12 balls, but Pakistan took the last three wickets to come out on top.

The concluding act saw No 11 Reece Topley and Adil Rashid attempt a crazy single with four balls left in the match, inviting the inevitable run out as the moment got too much.

Mott was full of praise for Dawson, who had a previous top score of 10 in the format and finished with 34 at a strike rate of 200, for making a fight of things when the heat was on.

“Taking wickets in the powerplay put us on the back foot, it took a really good partnership to get us back in it,” he said.

“Liam’s knock was special. It took everyone by surprise, we didn’t think in our wildest dreams we’d get in that position. It just shows in T20 cricket you’ve never got it done.

“Haris Rauf was put under pressure (in the 19th over) and he bowled his side to victory.”

After four sold-out games in Karachi, with a total attendance of around 140,000, the series now heads for Lahore, where the teams will resume battle on Wednesday, live on Sky Sports.​​​​

Moeen Ali: An amazing game of cricket; We should have chased it down

Skipper Moeen admitted his England side succumbed to late pressure after Pakistan edged a tense finale.

“Amazing game of cricket. It went both ways. It kept swinging. The crowd were electric for all four games here,” Moeen said.

“We felt like we should have chased that down, I’m disappointed that we didn’t. We kept losing wickets but hung in there.

“Brook again played well and Daws, the way he batted tonight was outstanding. I’m sad he couldn’t get us over the line. But these things happen.

“We felt we should have won the game. Pressure happens, and they bowled really well.”

“Obviously we didn’t get the right result but the atmosphere was great and has been all series.

“I loved being out there. It makes all the hard work worthwhile.

“I felt like it went well [with the ball]. All the hard work I put in makes it all worthwhile. When I came off the lads said that I hit [90mph]. Which is great.

“I try go out there and try to be aggressive. I love playing for England and hopefully there are plenty more years to come.”