Home Sport Immelman: International Team “no joke” | What next for the Presidents Cup? 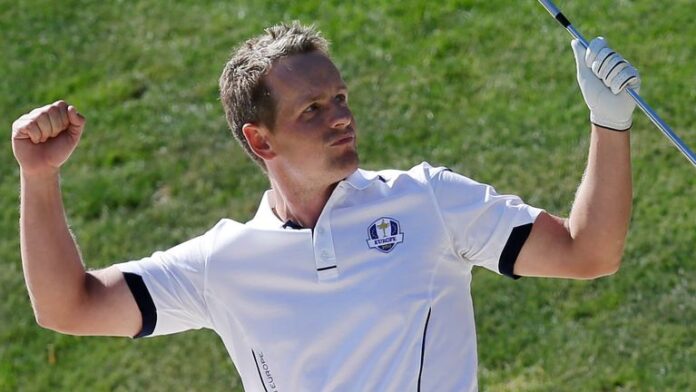 International Team captain Trevor Immelman paid tribute to his inexperienced side after battling to a 17.5-12.5 loss and insists they’re in the Presidents Cup “for the long run”; Team USA claimed their ninth consecutive victory in the event

Team USA continued their Presidents Cup dominance with a five-point victory over a depleted International Team, although what did the result do for the future of the biennial contest?

Davis Love III’s American side were overwhelming pre-tournament favourites as they boasted their strongest-ever team in terms of world ranking, alongside the fact that the Internationals were fielding eight rookies after several of their likely stars became ineligible when they joined LIV Golf.

Any hopes of a historic Internationals win on American soil evaporated after the hosts raced into an 8-2 lead after the first two days, with the possibility of a USA victory with a day to spare a genuine scenario until Trevor Immelman’s side battled back valiantly over the final two days.

Team USA eventually prevailed 17.5-12.5 to secure a ninth consecutive victory and 12th in the 14 editions of the contest, despite the four-day event ending up being far closer and more competitive than many had predicted.

What next for the Presidents Cup?

One pre-tournament suggestion was to make the Presidents Cup a mixed event, which could allow the Internationals – who could have six of the world’s top eight females at their disposal – a better chance of ending their losing streak and close the gap on their American counterparts.

The idea generated mixed views within the sport, although former PGA champion Rich Beem believes the contest is only going to improve after an encouraging display from a young International Team.

“I bet that if you go in and talk to Trevor Immelman and all 12 of his team and say ‘this idea has been thrown around, what do you think about it?’ they’re absolutely not going to want it in a million years. They want this [as it is] and have something to prove still.

“The Internationals are going to figure out a way to push the US team to the limits in the years going forward – just look at the age of their team. We’re on the brink of making the Presidents Cup very valid, very important and making it much harder for the Americans to win.

“I’m actually excited about seeing who will be on those teams in two years’ time and how it’s going to turn out, because I don’t think it’s another foregone conclusion in favour of the American side. I think the Internationals are only going to continue to get better over the next two years.”

What next for the International Team?

The International Team lost the likes of Open champion Cameron Smith, Joaquin Niemann and Abraham Ancer to LIV Golf, along with regulars including Louis Oosthuizen and Marc Leishman, giving the opportunity for a new wave of players to impress.

The next Presidents Cup takes place in 2024, with Royal Montreal Golf Club in Canada the venue, while International captain Immelman believes his side are getting closer to an elusive victory and first since their only previous success in 1998.

“We showed a lot of guts to fight back,” Immelman said. “At some point this afternoon [Sunday singles], I thought there was still a chance.

“When you consider that we were 8-2 down on Friday evening, this team is no joke, and I’m sick and tired of it being spoken of as a joke. We love this event, and we love our team, and we cannot wait to run this back and have another shot.

“We have a system that we like and a plan and a strategy, and it feels like to me this was an important week for us just to just lay a couple more bricks in this house that we’re trying to build.

What next for Team USA?

The Americans had seven members of last year’s record-breaking Ryder Cup-winning team at their disposal in North Carolina, with Jordan Spieth winning all five matches and forming a 100 per cent record with Justin Thomas over the four days.

“One of the problems, and we’re facing the same next year in the Ryder Cup, is that this American team is stronger than it has ever been,” McGinley told Sky Sports. “This is the strongest they’ve put out, in terms of world ranking, on record.

“Off the course now, with the continuity and the task force and the decision-making, they’re not the mistakes anymore. They’re not putting the team out in a poor way, like they did in Medinah [in 2012 Ryder Cup] where they gave us [Team Europe] a chance.

“Look at the example of what Davis Love III did on Saturday afternoon. They lost the session 3-1 but there was no panic and they didn’t do what they did in Medinah, where they put their best player in Tiger Woods out last. This is a very formidable American package, more formidable than it has even been before.”

What about Team Europe at the Ryder Cup?

Team USA will head to Marco Simone GC on the outskirts of Rome next September as favourites to claim their first away Ryder Cup success in 30 years, having won so convincingly in 2021, although the International Team fightback will offer hope to Team Europe that they can claim a home victory.

“I must admit, when we were down at Whistling Straits [2021 Ryder Cup], the energy of it was amazing but I did feel slightly concerned that we were in for some pretty big disappointments over the next few years,” said Sky Sports’ Nick Dougherty.

“I’m a believer in the underdog coming through and we’ve seen it too many times as Europeans winning as underdogs, but I just saw the quality of the Americans and thought it was going to be at least three [Ryder Cups] before we get a look in against at trying to win one.

“I don’t think the Americans played badly this week, but I look at those teams and I think the best of Europe I would expect to beat the International side, who we saw home much pushed the Americans on US soil.

“Now when I see an American side that will have a lot of those players in it coming to Italy, where we will set up the golf course and will have home advantage as Europeans, I feel from watching this week – and I don’t know why – a little more optimistic that we might just win the Ryder Cup.”

‘Lovely guy’ Matt Hancock makes it to the final four of...