Home World One of Russia’s most elusive oligarchs admits to creating Wagner mercenaries in... 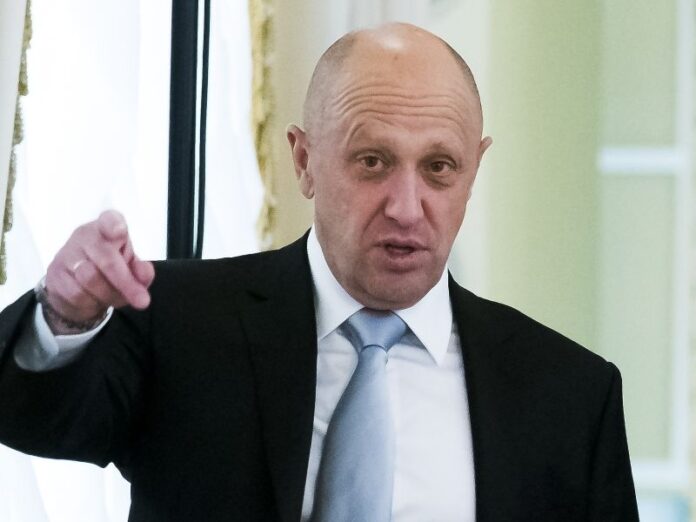 Yevgeny Prigozhin, one of Russia’s most elusive oligarchs, now admits to founding the private military company known as Wagner in 2014, reversing years of denials about his connection to the shadowy outfit.

Prigozhin is so close to the Kremlin that he is known as Russian President Vladimir Putin’s “chef.”

On social media on Monday, Prigozhin released a statement via his company Concord Catering, which began by saying, “Let’s go briefly over the origins.”

In a lengthy, colorful statement he went on to say that the 2014 Russian-backed separatist movements in the Donbas in eastern Ukraine were the catalyst for its founding.

Prigozhin claimed that he personally “cleaned the old weapons, figured out the bulletproof vests myself and found specialists who could help me with this. From that moment, from May 1, 2014, a group of patriots was born.”

CNN has tracked Wagner mercenaries in the Central African Republic, Sudan, Libya, Mozambique, Ukraine and Syria. Over the years they have developed a particularly gruesome reputation and have been linked to various human rights abuses.

In 2019, a CNN team managed to gain access to a Wagner training base in CAR. Two years later, CNN uncovered atrocious human rights abuses committed by Russian fighters in the country. Intercepted communications shared with CNN in 2020 even showed an operation by Russian operatives to track and surveil CNN journalists as they reported on Wagner’s operations in CAR the previous year.

More recently, the group has set up in Mali, where human rights groups allege they have been involved in a horrendous spate of murders.

Prigozhin was sanctioned in 2019 by the United States for his role in running an internet troll factory, accused of attempting to undermine the 2016 US presidential election.

Observers say Wagner has often acted as an unofficial arm of Russian foreign policy, even though mercenary activity is technically illegal in Russia.

For years, Prigozhin has consistently denied links to the Wagner group. He has filed court cases against Russian media outlets that had investigated him, and belittled journalists who questioned him.

But his announcement Monday appears to be the culmination of a gradual emergence from the shadows over the course of the past several weeks – and may reflect shifting power balances in Russia as Putin’s campaign in Ukraine falters.

Earlier in September, a video appeared online with a bald, portly man appearing to be Prigozhin promising clemency to Russian prisoners for six months of military service. Another showed what seemed to be the same man speaking to military commanders.

In the video showing what appeared to be Prigozhin with the convicts, he says: “I am a representative for a private military company. You’ve probably heard of us, PMC Wagner.”

He adds: “The first prisoners who fought with me, participated June 1 during the storming of the Vugledar power plant. Forty men went into the trenches of the enemy and cut them down with knives.”

More recently, the same man appeared at a funeral for a Wagner fighter. Clad in khaki, he was seen (on video) shaking hands, offering condolences to the family gathered around the coffin of their son.

Then, just days ago, the supposedly camera-shy “chef” appeared in social media videos showing him stepping off a helicopter for a late night meeting with his advisers.

In it, another admission. A huge arrival of recruits is imminent. Prigozhin can be heard saying: “We’re about to get a great influx of those who want, plainly speaking, to perform special tasks, go to war.”

A voice asks if they can leak the video. “Leak away, so they know we’re not just picking our noses here,” Prigozhin replies.

Asked in Monday’s social media post why he has now ceased to deny his involvement with the Wagner group, Prigozhin said: “For a long time I avoided the blows of many opponents with one main goal – so as not to frame up these guys [fighters], who are the basis of Russian patriotism.”

Calls for a new man in charge?

As Moscow’s “special military operation” in Ukraine stumbles, the search to replenish the battered and humiliated ranks has taken a nasty twist.

A CNN investigation in August uncovered evidence that Wagner recruiters were touring Russia’s penal colonies on the hunt for recruits to join their ranks. Their reward – six months duty for a healthy salary and, if they survived, freedom. If they died, there would be a lump-sum payment to their families.

When Putin last week announced a partial mobilization of the country, following sweeping battlefield gains by Ukraine, the move sparked protests, anger and a mass exodus of Russia’s service-age males.

Marina Miron, from the Defence Studies Department at King’s College London, suggested the call-up and use of Wagner mercenaries in Ukraine shouldn’t be viewed with any surprise since its fighters serve a special purpose.

“It’s not a departure from the usual modus operandi. They are sending them to do the heavy lifting,” she said, citing the brutal actions of Wagner mercenaries who fought for control of the Syrian city of Palmyra, as well their role in Libya and Ukraine.

The ever-growing list of battlefield failures have led Russian military bloggers to go so far as to suggest in posts on platforms like Telegram that a new man needs to take over the war effort. That man, many believe, should be Prigozhin.

These factors may go some way to describing his sudden love for the camera – and first open acknowledgment of his role in Wagner.

“In the last couple of months, he has tried to get more credit, and be recognized publicly and has become an unlikely hero for militants, even other soldiers who are unhappy with incompetence of their military leaders and are adoring YP very aggressive stance,” Christo Grozev from Bellingcat, an online investigative outfit, told CNN in an interview conducted before Prigozhin’s announcement.

But, Grozev added, Prigozhin’s ambitions may not be limited to just public relations.

“The other day, he sent a warm greeting to one of the African countries’ presidents. He has also been extolling the virtues of closed societies such as China and North Korea. So one begins to wonder whether he has some political ambitions,” he said.

Prigozhin is clearly dragging himself and Wagner out of the shadows. The announcement of his ownership marks a new chapter in Wagner’s now more public existence.

The move also begs the question, have Russia’s blunders on the battlefield forced Prigozhin and his fearsome brigade of fighters into the public domain, and will he want political repayment for it?