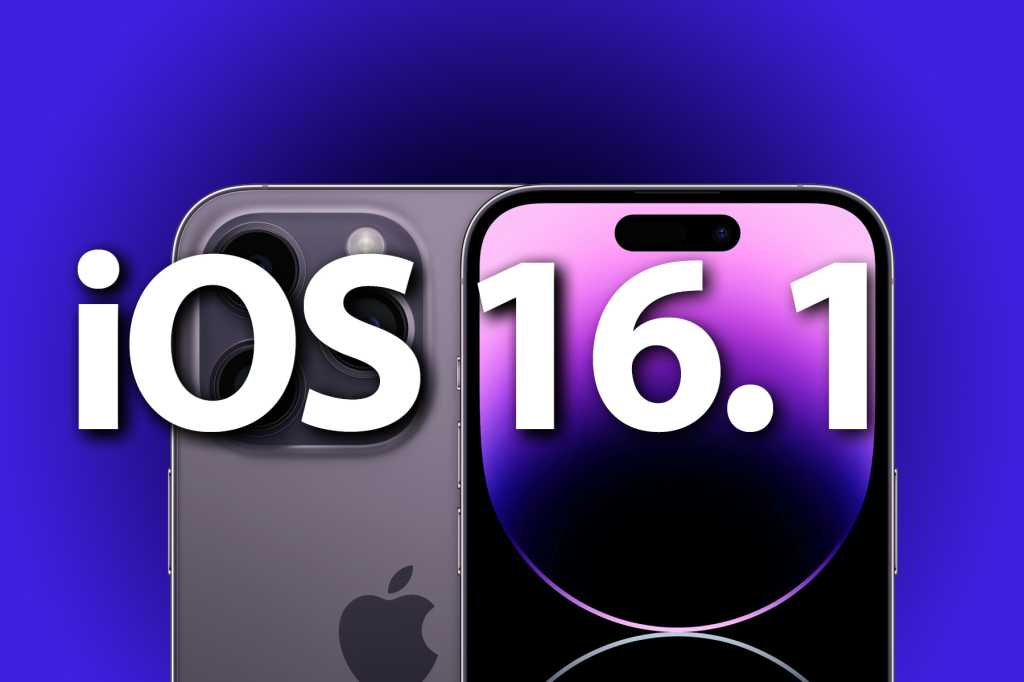 Now that iOS 16 has been released, attention moves to iOS 16.1. As expected, the initial release of iOS 16 did not include all of the features that Apple initially announced at WWDC this summer. Some are coming in updates throughout the rest of 2022, and we expect at least a few of them to show up in iOS 16.1.

Apple released the first beta of iOS 16.1 just two days after iOS 16’s release on Monday, September 12. Typically, iOS betas are released first to developers and then to public beta testers within a day or so.

Update 09/27/22: The third version of iOS 16.1 beta has been released to developers. The public beta release usually follows within a day or so.

If you are buying an iPhone 14, you should not update your existing iPhone to the iOS 16.1 beta. The best way to ensure you don’t is to remove your beta profile.

The workaround for this problem is time consuming: First you set up your iPhone 14 as a new device without restoring your backup, then head to the beta site or developer site to download the beta profile again, then update your iPhone 14 to the iOS 16.1 beta, then open Settings > General > Transfer or Reset iPhone to erase everything and start over from the beginning. Now that your iPhone 14 has been updated to the iOS 16.1 beta, you’ll be able to go through the transfer process to restore everything from your older iPhone.

Once the final iOS 16.1 has been released, you’ll be able to update a new iPhone 14 during setup if necessary to restore a backup or transfer from your old iPhone.

This is the first significant update after iOS 16, and will likely include some of the features not present in that initial release. We’re waiting on features like Matter support in the Home app, iCloud Shared Photo Library, and Live Activities. Here’s what has been found in the beta releases so far:

Paste permissions bug: Beginning with beta 2, the bug has been fixed where pasting into an app asked for permission every single time.

Wallet app: The Wallet app is able to be removed in iOS 16.1. This may have something to do with antitrust scrutiny in the European Union.

In your region, iPhone will try to reduce your carbon footprint by selectively charging when lower carbon emission electricity is available. iPhone learns from your daily charging routine so it can reach full charge before you need to use it.

Live Activities: With iOS 16.1, the Live Activities API is available for developers. Apps that use the new feature probably won’t be available in the App Store just yet, though.

Customize Lock screen or Home screen: When you tap “Customize” after a long-press on the lock screen, you are now presented with a choice to customize either the lock screen or home screen. There’s a new interface to swap between wallpaper setups in Settings > Wallpaper.

Matter support: The first indication of support for the Matter smart home accessories standard was present in iOS 16.1 beta 1. In Settings > General you’ll find a “Matter Accessories” item, which will eventually list all Matter accessories that have been added to a connected service. The section was later removed in beta 3.

Satellite SOS groundwork: Code in iOS 16.1 appears to lay the groundwork for the forthcoming Satellite SOS feature, including text strings showing features, onboarding, and even a “demo” mode so users can see how it works without actually contacting emergency services. It is unclear if this will be surfaced to the public in 16.1 or a later release.

Apple is skipping the iPadOS 16.0 release, with the first release of this operating system for iPads to be iPadOS 16.1. We think iOS 16.1 will release at the same time, likely in October. So expect the beta of iOS 16.1 to last around a month, give or take a week. There may be smaller bug-fix releases (e.g. iOS 16.0.1) in the meantime.

How to install the iOS 16 Public beta

This is the version of iOS 16 that most of us will be running ahead of launch, since the developer beta is, as the name suggests, for developers only. But the public betas always lag behind the developer ones, and start off significantly later: the first public beta hasn’t been released yet, and isn’t slated to do so until July 2022.

How to install the iOS 16 Developer beta

Each stage of iOS 16’s development cycle will be rolled out to developers first, and then to public beta testers afterwards. If you’re a developer and need to test your apps against the most up-to-date version of the OS possible, this is the version to run.

First check that your device is compatible. Have a quick read of Which iPhones can get iOS 16? (It’s the iPhone 8 and later, basically.)

All set? Okay! Here’s how to install the iOS 16 developer beta, in eight easy steps:

Note first of all that betas are test versions of upcoming software. They are by definition unfinished, and while they should include most or all of the features in the finished product, there will be cosmetic differences and, inevitably, some glitches and problems that will need to be fixed. The glitches and problems are why Apple bothers to beta-test iOS in the first place.

In other words, don’t expect a perfect user experience. In particular, don’t expect existing apps (including ones that you may rely on) to work perfectly with the new version. In extreme cases you may even find that your device is bricked by the beta, and cannot be used until the next beta comes along and hopefully fixes the problem. It’s not uncommon for early beta software to exhibit problems like excessive battery drain, too.

The closer we get to the final launch of iOS 16, the more polished and feature-complete we can expect the available betas to become. The counter to that, of course, is there will less time left to wait for the official launch, so you won’t be gaining so much by installing a beta.

Assuming you decide to go ahead, we can’t stress enough how important it is to back up your iPhone before you install an iOS beta, or better still, use a secondary device rather than your main iPhone. You won’t lose everything if something goes wrong while the beta is installing, and you’ll be able to go back to the last version should you find that you don’t like the new software after all, or that it’s too buggy.