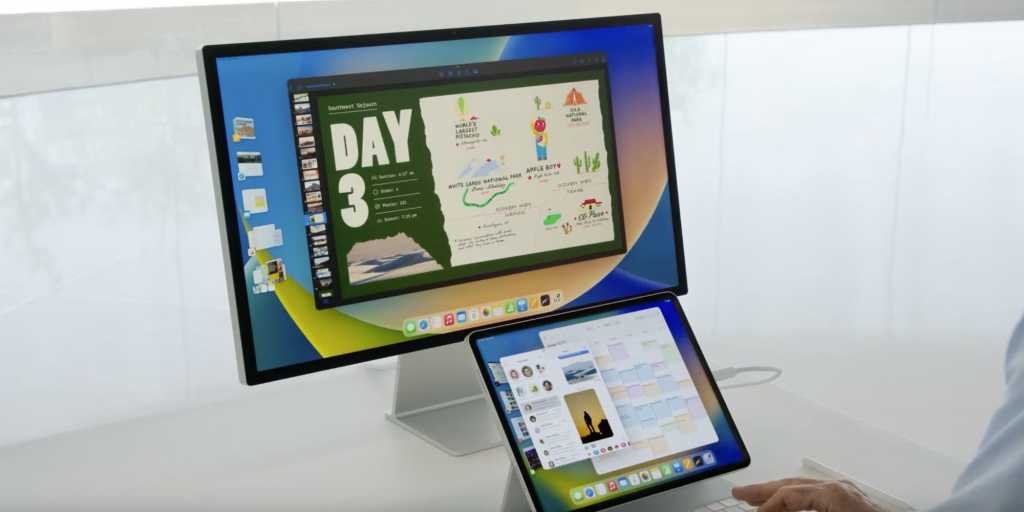 iPadOS 16.1, which is slated for release in October, has a new feature called Stage Manager for multitasking. Originally, Apple announced that Stage Manager would work only on M1-based iPads, but according to a report by Engadget, Apple added older iPad Pros that use A12X and A12Z chips to the Stage Manager support list in the latest iPadOS 16.1 beta that was released on Tuesday.

We introduced Stage Manager as a whole new way to multitask with overlapping, resizable windows on both the iPad display and a separate external display, with the ability to run up to eight live apps on screen at once. Delivering this multi-display support is only possible with the full power of M1-based iPads. Customers with iPad Pro 3rd and 4th generation have expressed strong interest in being able to experience Stage Manager on their iPads. In response, our teams have worked hard to find a way to deliver a single-screen version for these systems, with support for up to four live apps on the iPad screen at once.

External display support for Stage Manager on M1 iPads will be available in a software update later this year.

Apple delayed the release of iPadOS 16 until October while it continues to work on the update. Along with Stage Manager, iPadOS 16.1 will bring several new features, including a Weather app, iMessage editing, and an all-new Home app. To try out the iOS 16.1 beta on your tablet, you can sign up for the iPadOS 16 public beta program.