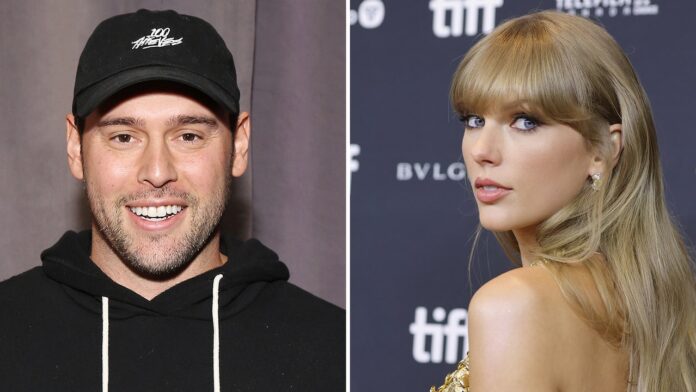 In 2019, music executive Scooter Braun purchased the master rights to Taylor Swift’s early albums after he acquired her former label, Big Machine Label Group. The move, which Swift called her “worst case scenario,” has led the pop star to re-record her music. Now, Braun has shared his perspective on the acquisition in a new interview with NPR. In an episode of the podcast The Limits With Jay Williams, Braun explained his “regrets” about how the situation was handled. Find the episode below.

When asked if he would have handled things with Swift differently, Braun responded, “Yes, I would have. I learned an important lesson from that.” He went on to explain, “I think that when you have a conflict with someone, it’s very hard to resolve it if you’re not willing to have a conversation. So the regret I have there is that I made the assumption that everyone, once the deal was done, was going to have a conversation with me, see my intent, see my character, and say, great, let’s be in business together. And I made that assumption with people that I didn’t know.”

I think in any conflict, you can say, I didn’t do anything. It’s their fault. And you could be right. You could be justified. And you could say, this is unfair, I’m being treated unfairly, or you can say, OK, I’m being treated unfairly. I don’t like how this is feeling. I can’t fix this, so how am I going to look at it and learn from it? And I didn’t appreciate how that all went down. I thought it was unfair. But I also understand, from the other side, they probably felt it was unfair, too. So I choose to look at it as a learning lesson, a growing lesson, and I wish everyone involved well. And I’m rooting for everyone to win because I don’t believe in rooting for people to lose.

King of the Hill Revival Announced at Hulu