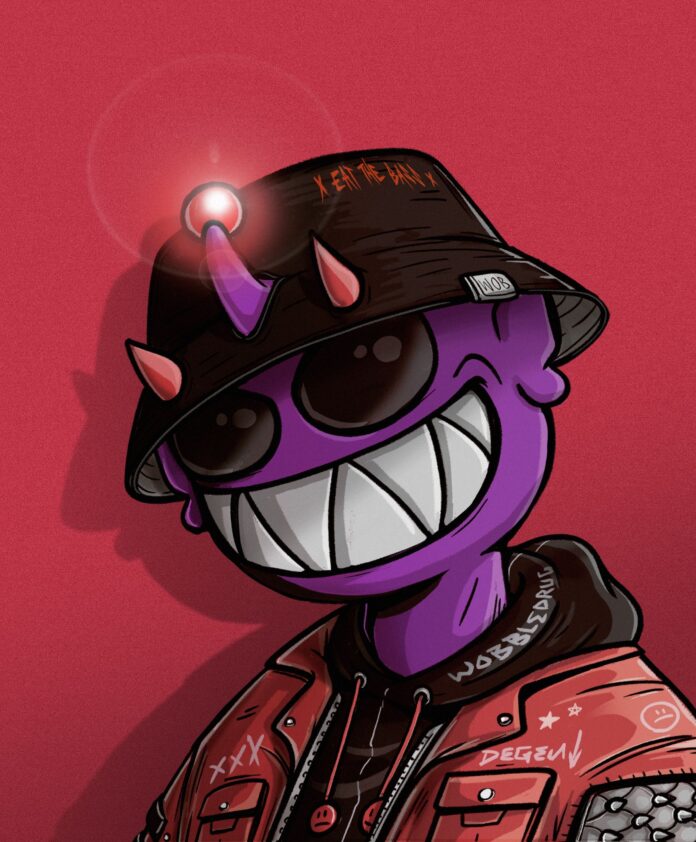 Wobblebug is the first decentralized musician in the industry which allows fans to participate and be rewarded off the success of a musician’s career. Alongside Wuki, Wobblebug was created by a team of music industry veterans and NFT/blockchain professionals. As a cross chain NFT project with NFT holders on both the Ethereum and Solana blockchains, holders will be rewarded based on the success of Wobblebug’s career.

What makes Wobblebug so special, is that he is the first WEB3 native project that is now an actual musical artist in the real world. And now he’s releasing his debut single “WOBBLEDRUG.” The track busts the doors wide open with an irresistible house groove, layered with signature futuristic synth wobbles and hypnotic extraterrestrial vocals.

“What’s up meatbags! When I came to earth the first thing I wanted to do was create a banger we can all get down to. Hope you guys dig this wonky wobbly house track I whipped up.” – Wobblebug

Alongside the release, the WEB3 side of the project will be rolling out a creative upgrade to existing NFT art, which will also be the basis for the accompanying “WOBBLEDRUG” animated music video showing Wobblebug and his friends making their way to a music festival. These new Wobblebugs will be brought to life through the music and videos and will be very young, mischievous, fun, relatable and packed with personality.

Currently community members are already able to stake their NFTs to earn Wob utility tokens that they can use to buy real-world merch and experiences in the Wobmart, which is only the tip of the iceberg for the utility Wobblebug plans to offer its disciples.