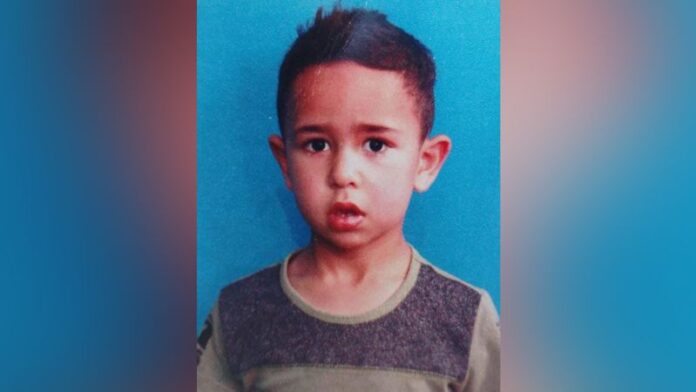 Thousands of Palestinians turned out Friday to mourn a seven-year-old Palestinian boy who died, his father said, while being chased by Israeli troops on Thursday – an account rejected by the Israeli army but which prompted the US State Department to call for an investigation.

Rayyan Suleiman was running away from the soldiers in the occupied West Bank village of Tekoa after Israeli soldiers tried to enter his uncle’s house, his father Yasser Suleiman told reporters.

“He was with my nephews and the neighbors’ children. They were all running away from the soldiers. [The soldiers] came to my brother’s house. I prevented them from getting into the house. I told them there is no one at home. They went back to look at the cameras and came back again to my house,” Suleiman said. “Rayyan was panicking and ran away from the door behind the house.”

A “soldier ran after him until he died of fear,” the father said. “I took him in the car to the hospital, yet they stopped me again to check the car although they saw him dead, he put the gun in my head and said that he needs to check the other house.”

The Palestinian Ministry of Health said the boy died of a “a heart condition, after he fell from a height.”

The Israel Defense Forces (IDF) disputed Suleiman’s account, saying soldiers did not run after children and that no soldier stopped the father taking his son to the hospital. Israeli military spokesperson Richard Hecht said soldiers entered Tekoa after people were seen “throwing stones at vehicles on the road.”

“The soldiers didn’t run after kids. The company commander identified two kids on a balcony who were involved in the stone throwing, went up to the house, didn’t use any violence, spoke to the father at the door. After the company commander left, the tragic event happened,” Hecht said, adding that a “thorough inquiry is happening within the brigade.”

The US State Department said it was “heartbroken” over Suleiman’s death.

“The US is heartbroken to learn of the death of an innocent Palestinian child,” State Department principal deputy spokesperson Vedant Patel said Thursday. “As President [Joe] Biden and Secretary [Antony] Blinken have repeated numerous times, Palestinians and Israelis equally deserve to live safely and securely and enjoy equal measures of freedom and prosperity.

“We support a thorough and immediate investigation into the circumstances surrounding the child’s death, and I believe the IDF itself has also indicated it will be looking into what transpired as well,” Patel said.

Thousands of mourners filled the streets of Tekoa on Friday to mourn Suleiman’s death, chanting “we all die, and Palestine lives.” Suleiman’s body was wrapped in a Palestinian flag.

In August, UN Human Rights Chief Michelle Bachelet “expressed alarm” at the high number of Palestinians, including children, killed and injured in the occupied West Bank this year. The August statement said 20 Palestinian children in the occupied territory had been killed in 2022, including “many incidents” where Israeli forces used lethal force.

There are no allegations of the use of lethal force against Suleiman.

“Bachelet said the widespread use of live ammunition by Israeli forces in law enforcement operations across the West Bank, including East Jerusalem, in 2022 has led to an alarming increase in Palestinian fatalities,” the August statement said.

“The UN Human Rights Office in the occupied Palestinian territory has this year documented the killing of 74 Palestinians, including 20 children. In many incidents Israeli forces used lethal force in a manner that appeared to be in violation of international human rights law,” the statement added.