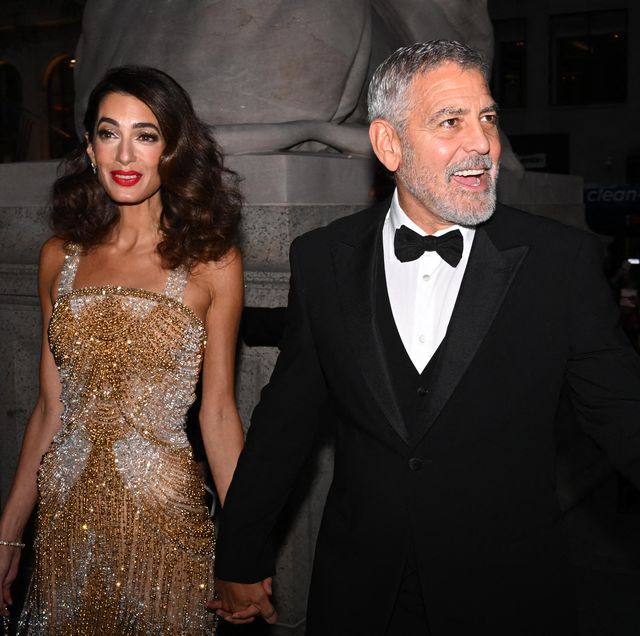 I know that, as a rule, movie stars don’t get to keep the costumes and props from the movies in which they star. But I also know that the rules that apply to the rest of us—yeah, even movie stars—do not necessarily apply to George Clooney. I mean, just look at that face. That beard. That tan. That smile. The man is a living, breathing charm offensive, and I get the distinct impression that governments would give him the nuclear football if he just asked nicely enough.

With this in mind, I would like to propose the following: When filming wrapped on 1997’s (deeply underrated) Batman & Robin, they let Clooney have the Bat-Signal. I can’t even remember if they use the Bat-Signal in that movie, but they handed it over to Clooney regardless. It’s just a prop, of course, so it didn’t work. But in the 25 years between then and now, Clooney has diligently worked on it. Not only is it functional now, it’s no longer at Bat-Signal. It’s a Clooney-Signal. And last night, George fired that thing up, pointed it at the sky, and summoned a super-team of A-listers to put on their best black tie and hightail it to the New York Public Library.

It’s either that or George and Amal Clooney threw a big ol’ party—officially dubbed the Clooney Foundation For Justice Inaugural Albie Awards—and folks just magically knew to show up because of invitations or something. But that’s way less fun. Plus, it’s entirely possible that they did invites and the Clooney-Signal. You know, just for laughs. Either way, the Clooney-Signal is real. Believe it.

Keep scrolling to see all of the stars who showed up in the finest of finery, including George himself in a damn sharp tux. He looks great, but considering the events leading up to the occasion, one can’t help but pine—just a bit—for the rubber-nipple Batsuit. Maybe next year.