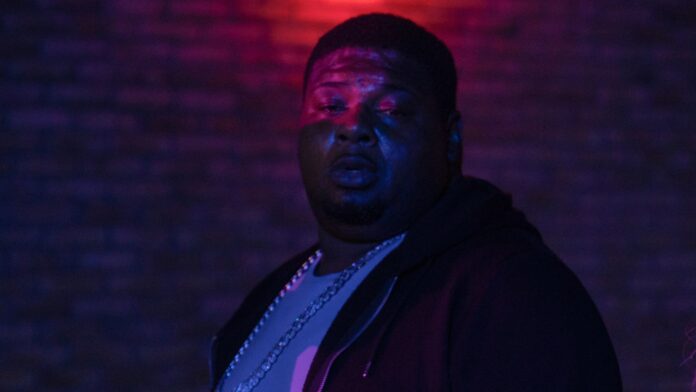 With traditional channels and streaming services all constantly creating new content in a bid to win viewers, it’s not often that something genuinely unique hits our screens.

But new series Jungle is doing something different – it’s a musical which uses drill and rap – think Tinie Tempah rather than Julie Andrews, and as well as sounding great, it has a highly stylised look, set in a near futuristic neon London.

The cast is made up of musicians, many of them already well known, like Big Narstie, who told Sky News’ Backstage Podcast that the show is giving rappers a platform that they’ve not had before.

“It’ll be the first time you’ve seen drill music presented to you as art,” he said.

“Remember, most of the drill artists are just raw talent compared to other genres where they have specialists behind who can turn their raw talent into art, into an actual piece of material.”

Referencing his own behind-the-scenes team who have helped Narstie on his path to success, he says he’s aware that he’s one of the lucky ones.

“A lot of drill artists, they haven’t had half the chance to have any of [these] type of structural things,” he said.

“These are young deprived kids who just spoke their emotion and people listened.”

With Jungle available to watch on streaming service Prime Video, it’s bound to see drill reaching a new audience as it’ll be available to viewers whether they are fans of the genre or not.

Narstie says he’s proud to be involved with the series, telling Sky News: “I’m just humbled to be a part of the legacy tree.

“Legacy is important to understand, where it comes from… and to be a part of the process on the way up when this music is starting to actually make its roots [to] get into the soil of life – I’m down for that.”

The show follows two young men who want to change their lives, but are forced to confront the consequences of their actions.

Big Narstie says his part in it, as a gang member, is only small, but that he loved filming it.

“So the producers was getting the right hump, but I couldn’t stop laughing because of what the characters of the police officers had to say.

“So as much as I was irritating everyone because I couldn’t stop laughing, you got to big up the scriptwriter man, because it was bloody funny.”

It’s not the rapper’s first acting role – he’s previously appeared in Anuvahood and the last movie in the Foot Soldier franchise.

Describing himself as a “fat Wesley Snipes” the musician admits he’s keen to do more, but joked: “I need to do a real powerful romcom where I can scream through a letterbox.”

Jungle is out on Prime Video now – hear our review on the latest episode of Backstage – the film and TV podcast from Sky News.

Why ‘very dangerous’ Senegal will be tough opponents for England

MSC Cruises partners with TimeVallée to further enrich its catalogue of...