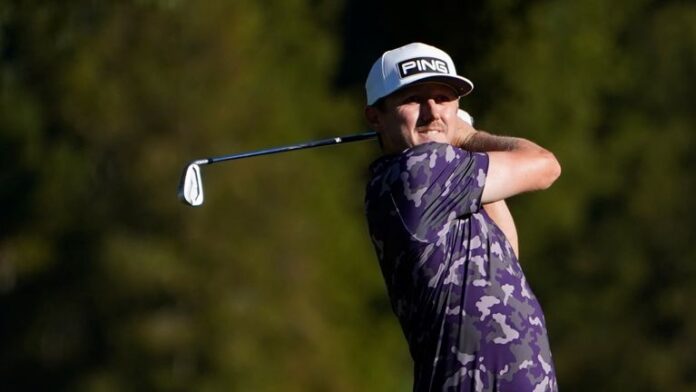 Detry and Hughes are one shot clear on 10 under par going into the weekend at the Country Club of Jackson; Live coverage of the Sanderson Farms Championship continues on Friday from 1.30pm via the red button, with coverage from 8.30pm on Sky Sports Golf.

Belgium’s Thomas Detry and Mackenzie Hughes of Canada were tied for the lead at the halfway stage of the Sanderson Farms Championship at Jackson, Mississippi on Friday.

The pair go into Saturday’s third round on 10 under-par – one shot clear of Austria’s Sepp Straka.

Detry shot a second successive 67 to lead for most of the round but was caught late in the day when Hughes rounded off a brilliant 63.

Americans Scott Stallings and Mark Huibbard, plus Garrick Higgo of South Africa, are on eight under.

Davies Riley went into Friday in the lead and finished the day one under par with 72, three shots behind Detry and Hughes in seventh place.

It was a more disappointing day for Will Gordon, who started the day at the top of the leaderboard with Riley.

Detry said that his putting game clicked on Friday, despite missing a couple.

“I would say putting. Putting has been really nice. I’ve made only 240 feet of putts the last two days, so that helps,” he said.

“Although I’ve missed a couple short ones, but that doesn’t matter. I can’t complain about the putter. It’s been really good.

“I drove it beautifully well yesterday (Thursday). Today (Friday) I struggled a little bit. Going to go to the range now and work on that for a little bit.”

Hughes said after that it was a “solid” day in Mississippi.

“It was really solid. I didn’t really have much stress, and had a nice groove going with the irons. Hit a lot of close shots,” he said.

“Yeah, just really in control with that. Being in the fairway was important, but when I was in the rough I controlled it really well in the rough and gave myself looks.

“Felt good with the putter, which is normally a strength, so if I can start hitting it close and give myself good looks, then it’s going to turn out pretty nice.”

Watch the Sanderson Farms Championship throughout the week live on Sky Sports. Live coverage continues Saturday from 1.30pm via the red button, ahead of full coverage from 9pm on Sky Sports Golf and Main Event.

England’s first test match in Pakistan for 17 years in doubt...