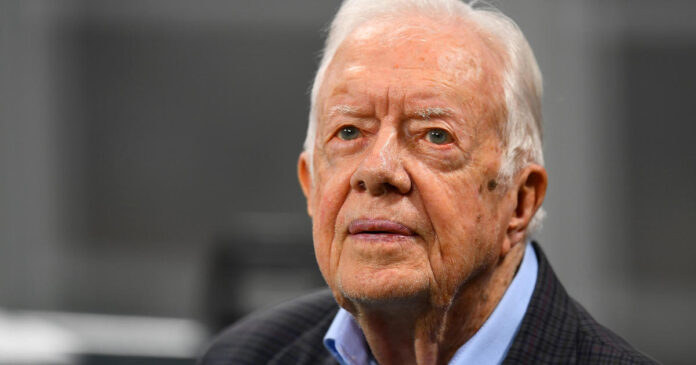 The Carter Center — which he and his wife, former first lady Rosalynn Carter, established in 1982 — announced it would hold a weeklong virtual celebration for the former president.

“As the longest-living president in U.S. history, President Jimmy Carter has had a remarkable life of service that deserves worldwide celebration,” said Paige Alexander, the center’s chief executive officer. “Whether here in Georgia or in hard-to-reach regions around the world, millions of people have benefited from President Carter’s commitment to making the world a better place.”

Carter, who served as the 76th governor of Georgia before becoming the 39th president, has written 30 books, taught classes at the Maranatha Baptist Church of Plains, and volunteered with Habitat for Humanity since leaving the White House, according to the center.

In recent years, however, the former president has kept a low profile. He survived a cancer diagnosis in 2015 and underwent surgery to relieve pressure on his brain caused by a subdural hematoma back in 2019.

Rosalynn Carter celebrated her 95th birthday back in August.

Tre’Vaughn Howard is a producer and journalist for CBS News, focusing on international and culture stories.