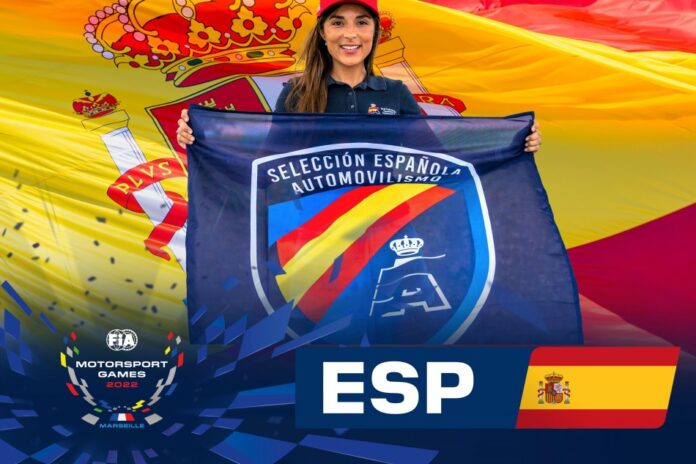 The Royal Spanish Automobile Federation has confirmed its ambitious intentions to go for gold in all 16 disciplines at the FIA Motorsport Games 2022 in France next month, 26-30 October.

The RFEDA has selected some of the country’s best experienced and emerging young talents in each category to form its 25-strong team, with participants aged 14 to 64 years flying the flag for Spain.

Spain’s national team more than doubles in size and commitment for the second edition of the event in which drivers from across the globe compete for medal-winning glory for their home nation.

Sara Fernández, recently crowned FIA European Rally Champion co-driver, captains the Spanish Automobile team and comments: “Our team is a true declaration of intent. All the drivers we have gathered have the talent and ability to medal at the FIA Motorsport Games. I am looking forward to being with all of them at Paul Ricard!”

Starting with the Circuit competitions, this year’s TotalEnergies 24 Hours of Spa winner Daniel Juncadella will lead the way in the GT Sprint competition. He’ll be joined by Gonzalo de Andrés and Fernando Navarrete, who were part of Spain’s line-up at the inaugural FIA Motorsport Games in 2019. The Touring Car was selected in the most recent round of TCR Spain at Navarra. Finally, will be Isidro Callejas who represent Spain on this category.

Joining the Formula 4 contingent and the hunt to win the €10,000 prize fund provided by KCMG will be 16-year-old Bruno del Pino Ventos, who currently competes in the Spanish Formula 4 Championship. Completing the crew for the Circuit activities, Alajandro Pérez will fight for the Drifting crown.

In the Electric Street categories, Álvaro Gutiérrez and Natalia Granada are set for their Karting Slalom debut, while Laura Aparicio and Miguel García Pérez-Carrillo are responsible for Spain’s Auto Slalom efforts.

Last but not least, Alberto García, who has earned a score of podium finishes and strong results in events and championships including the 24 Hours of Barcelona, GT2 Esport Racing Series, ACR World Cup and ACR League, will take on the intense competition of the Fanatec Esports Cup.

Forest Green off bottom with win