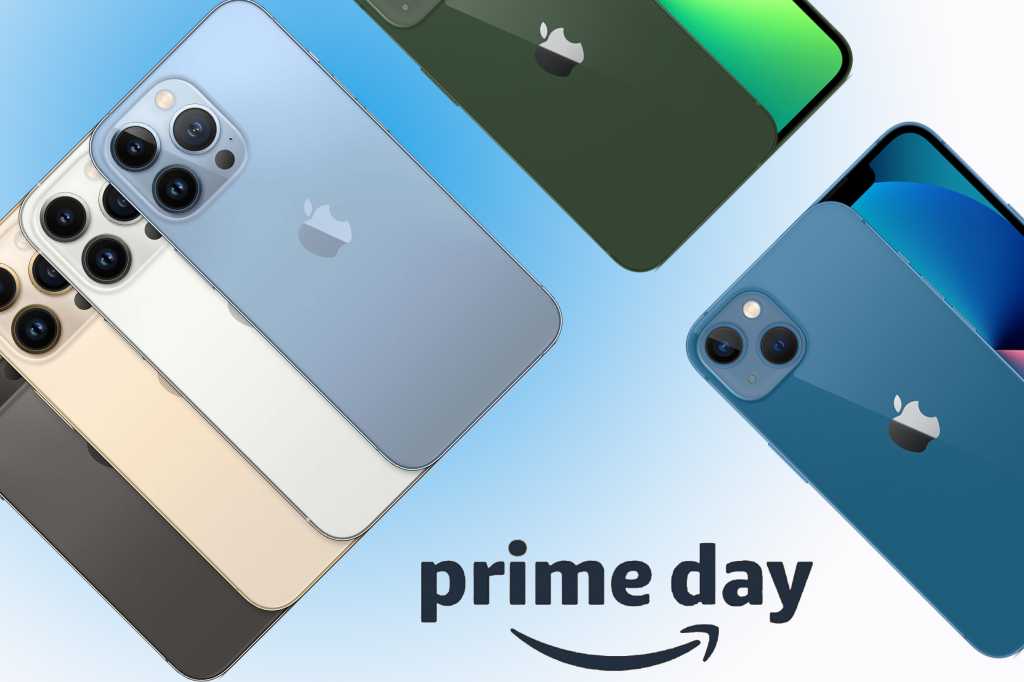 Amazon’s annual mega-sale is called Prime Day, and it’s when tech enthusiasts start looking for good deals on everything from laptops to power adapters. It has gotten to be such a big event that other online retailers often run competing sales around the same time, to try to get a little more business out of all that increased online shopping activity.

This year Amazon’s holding an additional sort of pseudo-Prime Day called the “Prime Early Access Sale” on October 11-12. You may think of it as a great time to find a deal on the latest iPhone, but perhaps not: The latest iPhones are rarely discounted anywhere in the U.S, with most sales going to older or refurbished models. Amazon isn’t usually the best place to buy a new iPhone in the U.S. as Amazon’s new iPhones are carrier locked to Cricket Wireless, an AT&T subsidiary.

In the U.K. though, you can find the latest iPhones unlocked at Amazon and at other resellers. Supplies can be limited, and the 14-series handsets are so new that Amazon U.K. isn’t offering any discounts on those models, but we are seeing some good deals on this year’s iPhone SE and last year’s iPhone 13 and 13 mini.

In order to get these deals, you’ll need to be an Amazon Prime member. Read on to see all the discounts on offer for Prime Early Access Sale, and to find out how to get Amazon Prime (which costs $14.99 / £8.99 / AUD$6.99 on a monthly basis, but can be cancelled after 30 days) so you can take advantage of the deals.

Prime Day can be a great time to get iPhone accessories, and we’re tracking some great ones:

The iPhone 14 is the most affordable of Apple’s new lineup, and now that the company has dropped its “mini” models, it’s the smallest new iPhone, too.

It’s brand new, so Amazon U.K. is currently sticking to the RRP. But keep an eye out for discounts in future:

This is the larger-screen, larger-battery version of the iPhone 14; in other respects it’s the same. Unfortunately, Amazon U.K. is out of stock at time of writing.

The Pro model adds an always-on 120Hz ProMotion display, an improved 48MP camera, LiDAR, and the new Dynamic Island interface. But it costs a lot more.

As with the iPhone 14, Amazon U.K. is sticking to the RRP:

Apple’s biggest and most expensive iPhone. Identical to the iPhone 14 Pro, only larger. The larger battery size makes this a very, very long-lasting iPhone.

Amazon U.K. offers to bundle AppleCare with the Pro Max. But keep in mind that AppleCare+ with Theft and Loss normally costs £249 for two years for this handset, yet Amazon is inexplicably asking £269.

For those on a budget, or who just really want Touch ID instead of Face ID, there’s the new(ish) iPhone SE for 2022. It’s as fast as the iPhone 14, but with an older design that has huge bezels, and a more limited camera.

Amazon U.K. has some handy deals on the iPhone SE (2022). Bear in mind that this phone is only seven months old, and large discounts are rare on what is already a budget handset.

Last year’s “standard” iPhone, this continues to offer a solid combination of features, performance, and battery life at a reduced price. Here are the best early deals we’ve seen on Amazon in the run up to the Prime Early Access Sale:

Amazon U.K. is running some good deals on the diminutive iPhone 13 mini, beating Apple’s reduced RRP by a decent margin:

And you can find a discount on the full-size iPhone 13 too:

Amazon U.K. has some tempting deals on the iPhone 12. Just bear in mind that it’s now two years old.

Prime Early Access Sale 2022: How can I get the best iPhone deals?

While the above deals are going on now, the Prime Early Access Sale officially begins on October 11 at 12 a.m. PDT and runs through October 12 in 15 countries: Austria, Canada, China, France, Germany, Italy, Luxembourg, the Netherlands, Poland, Portugal, Spain, Sweden, Turkey, the UK, and the U.S.

The Amazon Prime Early Access Sale is only open to Prime members, so you’ll need to sign in with an active membership to purchase one of the deals. Prime memberships cost $139 / £95 / AUD$59 annually, or $14.99 / £8.99 / AUD$6.99 on a monthly basis. New users can sign up for a 30-day free trial that can be cancelled at any time during the trial window.

See our round up of the best Amazon Prime Day AirPods deals for more Prime Early Access Sale deals.

See our round up of the best Amazon Prime Day Apple Watch deals for more Prime Early Access Sale deals.

See our round up of the best Amazon Prime Day iPad deals for more Prime Early Access Sale deals.

See our round up of the best Amazon Prime Day Mac deals for more Prime Early Access Sale deals.

Apple in February: Will there be more surprises before the big March event?