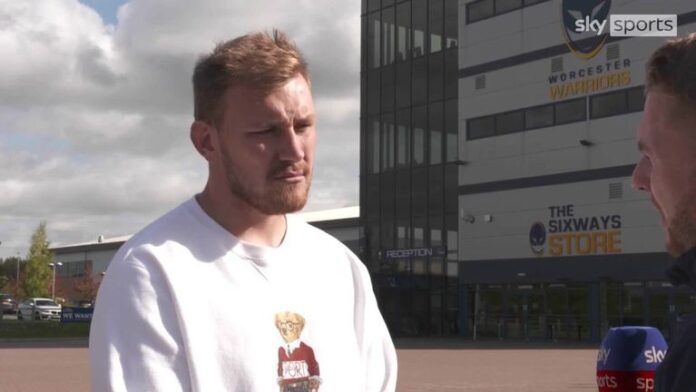 RFU confirms Worcester have been suspended from the remainder of 2022/23 Premiership season and relegated to the Championship due to insolvency; RFU and administrators working together in attempt to allow University of Worcester Warriors women’s team to continue playing this season

Worcester Warriors have had their relegation to the Championship confirmed by the RFU, a day after the company holding player contracts went into liquidation, leaving the club player-less.

Administrators Begbies Traynor are still seeking a buyer for WRFC Trading Ltd and are said to be talking to two consortiums, but the club have now been suspended for the remainder of the Premiership season and relegated due to insolvency.

The administrators had already asked to appeal the relegation on grounds of extraordinary circumstances in anticipation of the RFU’s decision.

“All parties continue to work together to provide the best possible outcome for Worcester Warriors over the long term,” RFU CEO Bill Sweeney said.

“This includes discussions with the administrator and potential funders, which may enable the University of Worcester Warriors women’s team to continue in the Allianz Premier 15s this season, and we are fully committed to ensuring local academy opportunities are provided for pathway players.”

The RFU statement confirmed: “Under RFU Regulations, Worcester Warriors will be relegated from the Gallagher Premiership, and therefore if investors can be secured, the club will restart in the Championship in season 2023/24. The club is able to appeal this decision if it can show there was no fault insolvency.”

Julie Palmer, on behalf of administrators Begbies Traynor said: “Whilst disappointing that there will be no men’s rugby at Sixways this season I fully appreciate the position of RFU and PRL.

“I am reassured they are continuing to work with us in a positive way to try and achieve a rescue to enable rugby to take place next season in a properly structured approach to enable the long term viability and success of Worcester Warriors.”

Simon Massie-Taylor, Premiership Rugby CEO said; “Our priority is to find the best long-term solution for Worcester Warriors and we are encouraged by the progress the administrator has made in such a short period.

“However what is clear is that it will take much more time to get the right solution in place for the club. Whilst we appreciate this decision will be disappointing to many people close to Warriors, we value the certainty this decision brings to the other Premiership clubs.

“We will now continue to work with administrator, the RFU and other key stakeholders to find the best outcome.”

On Wednesday, WRFC Players Ltd – the company which holds the contracts of Worcester’s players and some staff – was liquidated in the High Court, a move which saw all player contracts immediately terminated.

The club also fear that Premiership Rugby (PRL) may next buy the Warriors’ P-share – at £9.8m – as one of England’s elite 13 clubs, which would cut access to central funding.

Four Worcester players previously departed on loan to Bath in Ted Hill, Ollie Lawrence, Fergus Lee-Warner and Valeriy Morozov, while Scotland and British and Irish Lions wing Duhan van der Merwe had a move back to Edinburgh confirmed on Thursday.

Head coach Steve Diamond tweeted after the liquidation: “This is the darkest day for English rugby. We thought we could turn the tanker around but it’s ended up like the Titanic, sadly.”

Netherlands vs USA in World Cup round of 16 | Latest...

Saturday Sessions: Madison Cunningham performs “Who Are You Now”

The Twitter Files Revealed One Thing: Elon Musk Is Trapped