Home World Gas prices are starting to take off again. More increases are on... 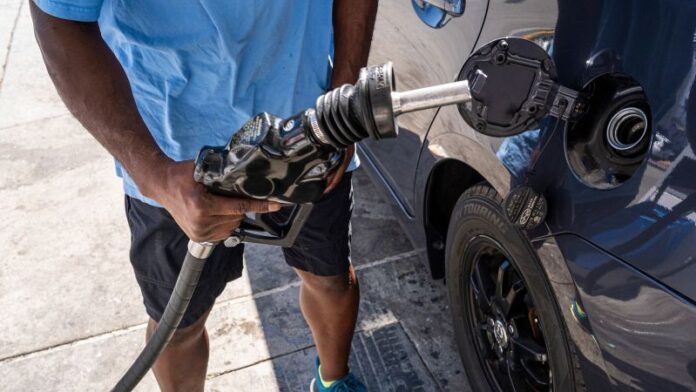 Even before Wednesday’s action by OPEC+ to cut oil production, US gas prices were on their way up. More price increases at the pump likely lay ahead.

The 99-day streak of price declines from mid-June to September 20 may become a distant memory, even as today’s prices are still far below the June record of just over $5.03 a gallon. Gas prices have increased every day but one day since then, and are now up by 16 cents a gallon, or 4%, since they bottomed out two weeks ago at $3.67 a gallon.

For the most part the price increases have been slow and incremental, but that might be about to change. OPEC+, which includes not only nations in the oil cartel but other major oil producers such as Russia, agreed Wednesday to slash oil production by about 2 million barrels a day.

Oil futures rose about 2% on the news and gasoline futures were also slightly higher on the OPEC move. Gasoline futures are up about 20 cents a gallon since the slide in gasoline prices ended last month, pointing to possible higher prices ahead.

Oil and gasoline futures had been falling since mid-June due to growing concerns about a possible recession cutting demand for gasoline and oil, among other factors.

The recent increases have been caused by the unusually high number of US refineries that are shut down for maintenance work, said Tom Kloza, global head of energy analysis for OPIS, which tracks gasoline prices for AAA. He said nearly 18% of the nation’s refining capacity is now offline.

“A lot of it was put off in spring because they were making so much money,” he said. “The margin of error in US refining capacity is so slim right now that you can’t lose any capacity without affecting prices.”

This is normally the time of year that gas prices drop as regulations requiring cleaner but pricier gas to fight smog come to an end in most of the country. The end of the summer driving season also reduces demand, which in turn pushes prices downward.

Unfortunately, the refinery capacity squeeze “means gas prices are not going to go down like I had thought,” said veteran oil analyst Andy Lipow. “In fact, they might drift upwards.”

One other factor that helped to reduce prices in recent months: the release of about 1 million barrels of oil a day from the nation’s Strategic Petroleum Reserve, which is set to end November 1.

One thing that could reduce prices: California, which typically keeps its rules requiring the summer of blend of gasoline in place until November, lifted the requirement early last week. That could lower the national average price, even if it only affects gasoline in California. The state accounts for about 9% of US gasoline consumption, so the change can affect the national average even if prices don’t move elsewhere. The average price there is $5.52 a gallon, by far the highest in the nation.

“I don’t think we’ll see major moves in national prices. even if we see California prices come back to the pack,” Kloza said.

The decline in gasoline prices has been an important control on rising overall prices, as well as a support for consumer spending, as it means more money goes in consumers’ pockets.

The typical US household buys about 90 gallons of gas a month, so the fall from $5.03 a gallon to a low of $3.67 a gallon late last month represented a savings of about $120 a month. By contrast, the 16-cent rise from that low point was costing about $14 a household.

The concern by the Biden administration is that rising gas prices bring renewed focus in voters’ mind.

For that reason, members of the Biden administration pushed hard to convince OPEC nations not to cut production and possibly send prices higher ahead of a midterm vote. Those efforts were unsuccessful.

The ‘yes, but’ economy. Yes, we’re worried about recession — but the economy remains resilient

CHRISTMAS IN LAPLAND IS BACK AND BIGGER THAN EVER

Europe agrees to cap the price of Russian oil at $60...

The ‘yes, but’ economy. Yes, we’re worried about recession — but...