Home World OPEC announces the biggest cut to oil production since the start of... 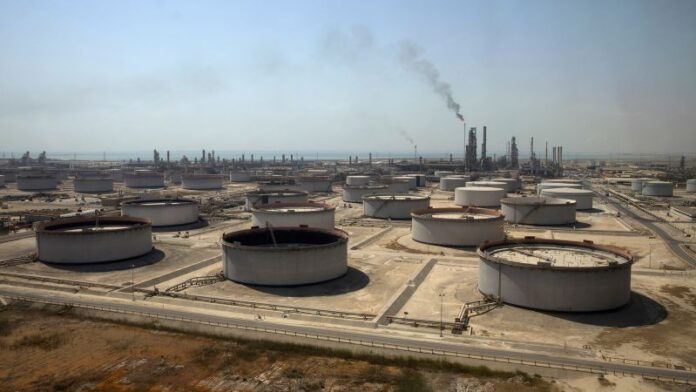 OPEC+ said Wednesday that it will slash oil production by 2 million barrels per day, the biggest cut since the start of the pandemic, in a move that threatens to push gasoline prices higher just weeks before US midterm elections.

The group of major oil producers, which includes Saudi Arabia and Russia, announced the production cut following its first meeting in person since March 2020. The reduction is equivalent to about 2% of global oil demand.

The Biden administration criticized the OPEC+ decision in a statement on Wednesday, calling it “shortsighted” and saying that it will hurt low and middle-income countries already struggling with elevated energy prices the most.

The production cuts will start in November, and the Organization of Petroleum Exporting Countries (OPEC) and its allies will meet again in December.

In a statement, the group said the decision to cut production was made “in light of the uncertainty that surrounds the global economic and oil market outlooks.”

Global oil prices, which soared in the first half of the year, have since dropped sharply on fears that a global recession will depress demand. Brent crude is down 20% since the end of June. The global benchmark hit a peak of $139 a barrel in March after Russia’s invasion of Ukraine.

OPEC and its allies, which control more than 40% of global oil production, are hoping to preempt a drop in demand for their barrels from a sharp economic slowdown in China, the United States and Europe.

Western sanctions on Russian oil are also muddying the waters. Russia’s production has held up better than predicted, with supply being diverted to China and India. But the United States and Europe are now working on ways to implement a G7 agreement to cap the price of Russian crude exports to third countries.

The oil cartel came under intense pressure from the White House ahead of its meeting in Vienna as President Biden tried to secure lower energy prices for US consumers. Senior Biden administration officials were lobbying their counterparts in Kuwait, Saudi Arabia, and the United Arab Emirates (UAE) to vote against cutting oil production, according to officials.

The prospect of a production cut was framed as a “total disaster” in draft talking points circulated by the White House to the Treasury Department on Monday, which CNN obtained. “It’s important everyone is aware of just how high the stakes are,” one US official said.

With just a month to go before the critical midterm elections, US gasoline prices have begun to creep up again, posing a political risk the White House is desperately trying to avoid.

Rising oil prices could mean inflation remains higher for longer, and add to pressure on the Federal Reserve to hike interest rates even more aggressively.

But the impact of Wednesday’s cut, while a bullish signal for oil prices, may be limited as many smaller OPEC producers were struggling to meet previous production targets.

“An announced cut of any volume is unlikely to be fully implemented by all countries, as the group already lags 3 million barrels per day behind its stated production ceiling,” Rystad Energy analyst Jorge Leon said in a note.

Rystad Energy estimates that the global oil market will be oversupplied between now and the end of the year, dampening the effect of production cuts on prices.

CHRISTMAS IN LAPLAND IS BACK AND BIGGER THAN EVER

An immersive introduction to Queen Anne: the next in a fine line.

Trip.com Group invites travel industry to journey into the future together at global partner summit